The Breakers off season hit yet another snag on Monday, when midfielder Lianne Sanderson announced her departure ahead of the 2015 season. While abroad, the Breakers will retain her NWSL rights.

Just when the off-season started to settle--when vibrations from the departure of Heather O'Reilly and retirement of Jazmine Reeves began to soften--the Breakers encountered another significant setback. Midfielder Lianne Sanderson, who has comprised an integral piece of the team's core for the past two seasons, will not return to the club in 2015. Instead, Sanderson will remain in England, working to focus on the 2015 FIFA Women's World Cup while playing with Arsenal L.F.C.

"We completely understand Lianne's decision based on how hard it was for her last year with all of the back-and-forth travel of competing for her national team and that will only be higher in 2015," Breakers GM Lee Billiard said. "Obviously, we are disappointed not to have her but we feel that we have made several significant signings to fill the void." 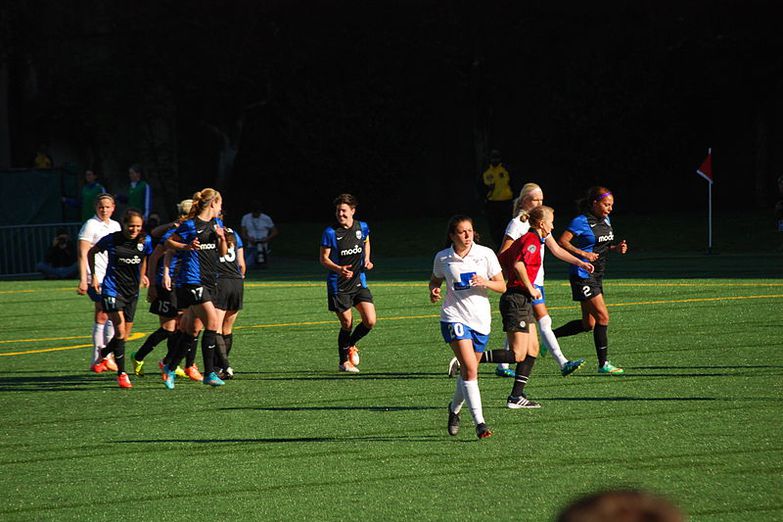 The Breakers made a move to re-sign 2014 trio Washington, Wood, and Pathman

The London native reportedly experienced significant mental and physical strain from her travels across the pond, a challenge she chose not to fight ahead of next summer's international tournament. In two seasons with the Breakers, Sanderson scored 10 goals and added 10 assists, showing versatility out of the midfield alongside USWNT legend Heather O'Reilly. The former Team MVP missed several matches last season while traveling with the English National Team, which led to a largely inconsistent campaign. Yet even with a lack of stability on and off the field, Sanderson found a way to contribute five goals and three assists, good enough for third and second on the team, respectively. Seemingly overnight, the Breakers have lost yet another piece of the rebuilding puzzle.

Sanderson responded candidly to the media, commenting: "Thank you to all the staff, my teammates, and the Breakers fans for everything over the last two years. I wish you every success in 2015...Boston is an unbelievable city, Boston Strong."

In 2015, the Breakers will look toward U.S. International Kristie Mewis to carry the load out of the middle, a player who battled consistency issues of her own last season. Mewis, along with newcomer Francielle and sophomore Molly Pathman, will face tremendous pressure next season, looking to fill the boots of midfield greats O'Reilly and Sanderson. Ahead of a season with high expectations for improvement, the Breakers will debut with questions on both sides of the ball, having seemingly lost more talent than than they've acquired.

In order to recover quickly, and build upon a disappointing 2014 season, Tom Durkin must maximize the potential of his key role players. In addition to Pathman, Courtney Jones, Nikki Washington, and Katie Schoepfer will need to contribute out of the gate, working cohesively to make up for the absence of the breakers biggest stars. One signing will not fill the void; Durkin will need to equip a midfield unit with the versatility to track back, stand strong, create opportunities and, perhaps most importantly, finish.