Although the Breakers failed to qualify for the 2013 NWSL Playoffs, the future appears optimistic at Dilboy Stadium. The Bent Musket breaks down the good and the bad in its 2013 Breakers season recap.

Share All sharing options for: Breakers 2013 Season Recap: A Season of Adversity

O'Reilly contributed five goals and six assists during a consistently brilliant NWSL campaign, turning in a trio of game-winning tallies along the way. Frontrunner Sydney Leroux may have received this season's goal-scoring credit, but O'Reilly all-too-often completed the dirty work, providing the Breakers with creativity behind a loaded front line. Sometimes the quiet superstars make all the difference. 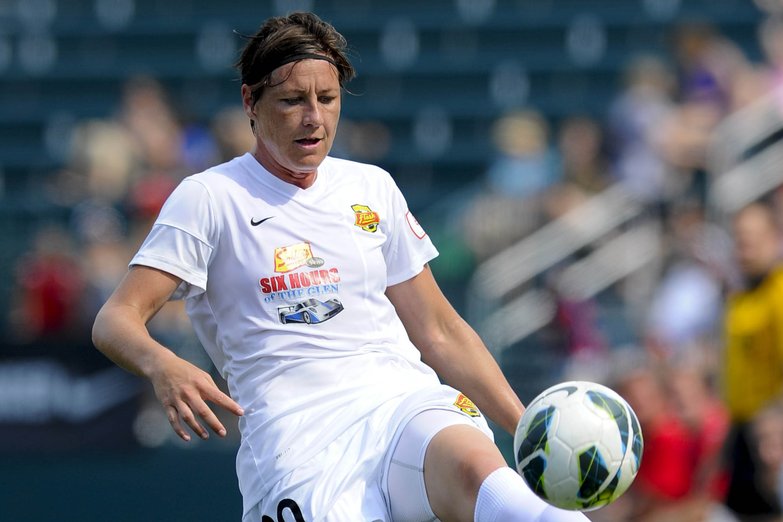 Abby Wambach turned in a performance to be expected from the best women's player in the world and helped sink the Breakers.

Sanderson shined as a member of Boston's prolific attack, recording five goals and seven assists in 2013. The London native showed tenacity and grit running beside Leroux and Kyah Simon, constantly pushing the Breakers into goal-scoring position. Even when her running mates faded, Sanderson provided a reliable attacking threat.

Avant joined the Breakers in late June after an inconsistent run with Portland, immediately earning a starting role along Boston's back line. The ex-Florida Gator used her speed to join the attack, track back with forwards and recover with ease, providing unforeseen value for a once-porous Breakers defense. After appearing in four games with Portland, Avant started 11 consecutive matches in Breakers blue.

In 2013, the Breakers failed to raise their white flag, using adversity to grow into a resilient group. Defender Jazmyne Avant solidified Boston's shaky back line; backup goalkeeper Ashley Phillips provided quality and depth behind injury-ridden starter Alyssa Naeher; attackers Sydney Leroux, Lianne Sanderson and Heather O'Reilly consistently threatened opposing defenses; and captain Cat Whitehill instilled an uncommon sense of pride in her team, filling in for Head Coach Lisa Cole, who parted ways with Boston in early August. Though the Breakers failed to qualify for the postseason  -  just six points separated Boston from fourth-place Sky Blue FC  -  they earned recognition as a never-say-die club who fought until the very end of a disappointing season.

At times, the Breakers fell into offensive and defensive inconsistencies, failing to find a steady rhythm. The addition of Avant and fellow defender Carmelina Moscato helped Boston's back line move in the right direction, though the unit never seemed fully comfortable. Even the Breakers strongest units  -  their forwards and attacking midfielders  -  sputtered, disappearing in several crucial matches. Ex-skipper Cole constantly preached the importance of complete performances; it took the Breakers until August, and Cole's departure, to listen.

Before making any on-field adjustments, the Breakers will need to hire a long-term head coach. Captain Cat Whitehill's late-season success has many wondering if the center back will permanently move onto the sideline, though Whitehill seemed content providing leadership along the back line. This team has a lot of hope to hold on to  -  Whitehill's club turned in several complete performances near the end of 2013, a task Cole consistently failed to accomplish  -  and the return of U.S. Internationals Sydney Leroux and Heather O'Reilly bodes well for Boston's prolific attack. If the Breakers can consistently play until the final moments, and if Boston's front office can locate a steady coaching option, expect the Breakers to enter the playoff picture in 2014.

Agree with our analysis? Think we missed the mark with our player awards? Drop a comment below to continue the conversation.