With a playoff berth on the line, the Breakers will host Western New York and its high-powered offense. A win draws Boston within reach of the postseason.

After a disappointing two-game stretch, the Breakers responded with a defiant 5-2 victory over the Spirit. Goals from five different Breakers - including captain Cat Williamson - proved timely, launching Boston into a final playoff push. With Western New York and the final playoff spot still four points away, the Breakers (6-7-5, 23 Pts.) still have work to do to reach the postseason. Improved offensive consistency will prove key to Boston's late-season run. 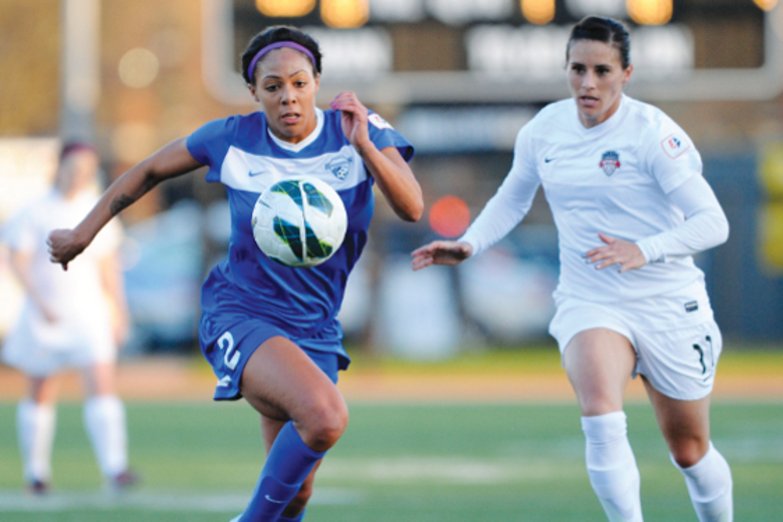 The Boston Breakers ran off a dominant 5-2 victory over the Washington Spirit to stay in the playoff race.

On Sunday, New York gained sole possession of the final playoff spot, earning a hard-fought 3-0 victory over Sky Blue FC. Three days later, Abby Wambach's crew rallied to secure an identical win, defeating Washington 3-0 at home. The Flash (8-4-6, 30 Pts.) have caught on as of late, earning three consecutive results en route to a seven-point playoff lead. A win over Boston on Sunday would all but solidify a playoff berth for the 2012 WPSL Champions.

Now into the final stretch of 2013, the Breakers have struggled to find a consistent rhythm. At times, their offense looks in sync, using steady combination play from Heather O'Reilly, Lianne Sanderson and Sydney Leroux to wear down opposing defenses. Other weeks, the attack falls silent, putting pressure on a back line that has made pivotal mistakes in 2013. The Breakers have proven they can play with the best when the offense clicks, raising a crucial question: will a battle-tested, cohesive attack show up on Saturday? If Boston's offensive trio performs to capacity, the Breakers will control their own destiny, seeking victories over Western New York on Sunday and again on August 17.

In recent weeks, the Flash have generated attacking consistency, collecting six goals in their previous two matches. Without a doubt, Western New York supporters will track the play of U.S. International Carli Lloyd - who scored twice last week - and the attacking prowess of Abby Wambach, who stands deadlocked atop the NWSL leaderboard with 10 goals. Include the brilliant play of forward Samantha Kerr (2 goals, 1 assist in previous two matches), and the Flash instantly possess one of the best attacking units in women's soccer. Look for New York's attacking trio to threaten the Breaker's back line, creating a dual of offenses in Sunday's crucial late-season matchup.

If the Breakers offense can find its stride, and if Jazmyne Avant's defense can limit late-game mistakes, expect Boston to stay alive and earn a home result.

The Breakers will welcome Portland for a midweek matchup at Dilboy Stadium. Match kicks off at 7:00 PM. To purchase tickets, visit BreakersTickets.com.