On Saturday, the Breakers will visit Western New York for a nationally-televised season finale. A win will spoil the Flash's hopes of earning the number one seed, enabling Cat Whitehill's crew to end 2013 on a four-game unbeaten streak.

The suddenly resilient Breakers won again on Saturday, using a 65th minute game-winner from Sydney Leroux to earn a stunning 1-0 victory. That's three results in a row for Cat Whitehill's crew, who seem content playing for pride in Saturday's season finale. A third consecutive win would enable the Breakers (8-7-6) to end the season on a four-game high.

Breaking Down the Coaching Transition 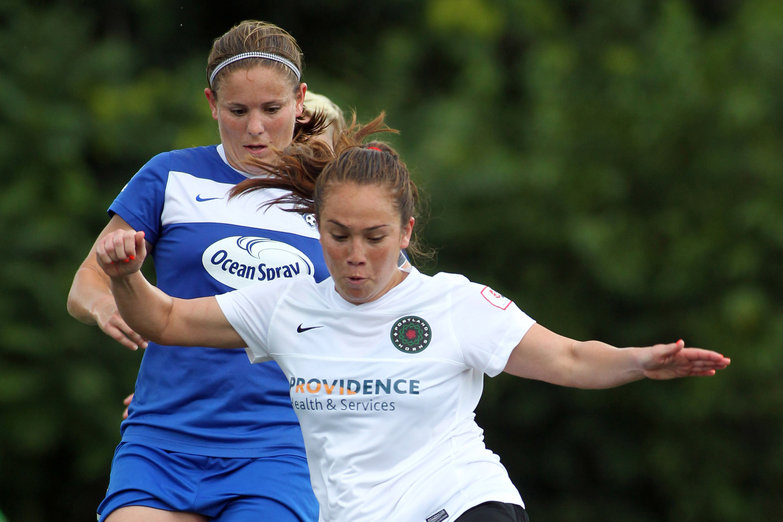 After losing to Seattle on July 11, the Flash found their rhythm, earning six consecutive results to claim second place on the NWSL table. A 0-0 draw with Portland on Saturday continued the streak, though Abby Wambach's side will need to beat Boston this weekend to guarantee a number two seed. Western New York (9-4-8) will earn the top playoff spot with a win and a Kansas City loss.

Despite squandering a 2-0 lead in their last matchup with Western New York, the Breakers have proven time and time again that pride serves as a powerful motivator. On Saturday, Breakers supporters will continue to track interim coach Cat Whitehill's success, seeking an undefeated 2013 coaching tenure. In order to spoil Western New York's drive for first place  -  and end 2013 in top form  -  the Breakers will need to replicate Saturday's 1-0 win over FCKC: strong combination play between forwards Sydney Leroux and Kyah Simon, gritty defending from Jazmyne Avant and the rest of her back line, and the never-die attitude Whitehill has instilled in her fifth-place side.

For Western New York and the league's top-rated offense, Saturday's matchup holds significant playoff implications. Just four weeks ago, the Flash worked to fend off Boston and the claim the fourth spot on the NWSL table; on Saturday, they will play for the top seed in women's soccer, using an attacking clinic from forwards Abby Wambach and Carli Lloyd to continually push through opposing defenses. Without question, Wambach and co. will threaten Whitehill's consecutive results streak, requiring a standout performance from Boston's back line to deny Western New York a home result.