A scoreless first half turned into a second-half rout for FC Kansas City, who defeated the Breakers 3-0 on Wednesday. Boston failed to move up the table for the second consecutive match.

After 72 minutes of scoreless soccer, Kansas City forward Merritt Mathias received a generous touch from Boston defender Kia McNeill, putting the Blues ahead in Wednesday's midweek matchup. Mathias' crew never looked back, adding a pair of goals in a 3-0 rout of visiting Boston.

With first place on the NWSL table at stake, Kansas City pressed hard in the early stages, showing strong control of the match's possession. The Breakers benefitted from two promising first-half opportunities - one a rising shot from forward Lianne Sanderson, a second hit just wide by Sydney Leroux - though FCKC's back line held firm, denying Boston a goal through the match's first 45. 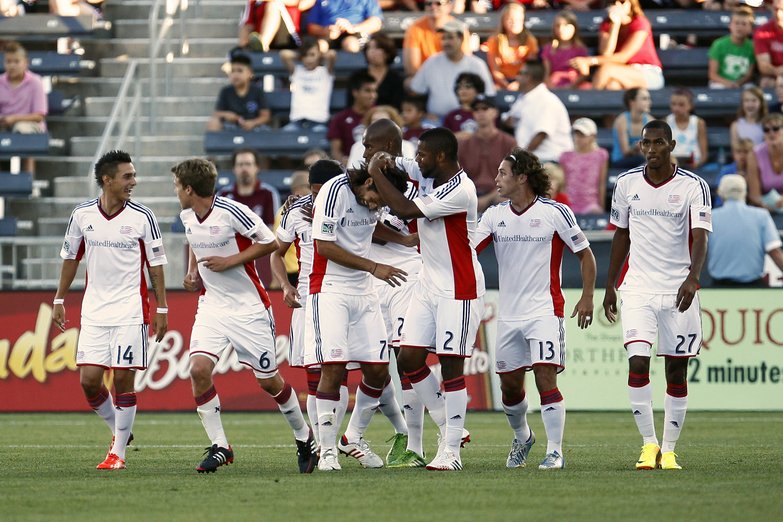 The Revs have been on a very inconsistent streak, losing to Houston and Colorado before pulling out a 2-0 victory over Columbus to stay in the playoff race.

In the second half, Boston and Kansas City continued to play to a possession battle, again struggling to find a breakthrough goal. In the 53rd minute, FCKC midfielder Jen Buczkowski earned the first quality opportunity of the second half, placing a shot in space onto the far post. Boston Goalkeeper Ashley Phillips extended low and to her right, pushing the shot wide and out of play.

Less that five minutes later, Phillips initiated a period of controversy at Overland Park. After exiting her 18-yard back in a hurry to defend a daunting over-the-top pass to Kansas City forward Melissa Henderson, Phillips deflected the shot wide with a loose left hand, sending FCKC into a frenzy. The official allowed the match to play on.

Unable to break the continued deadlock, Boston surrendered a dangerous opportunity at the 72-minute mark. After collecting a well paced through ball on the right side, Mathias played a first-time cross into the center of the box, a pass that caught the leading foot of McNeill. The deflection froze Phillips, trickling slowly inside the near post.

Even with the 1-0 advantage, Kansas City continued to push forward, finding the net a second time in the 85th minute. With room on the right-hand side, ex-Breaker Lauren Holiday played a cross into the middle of the six-yard box, where a waiting Courtney Jones placed a patient shot into the back of the net. Five minutes later, Kansas City put away the Breakers for good, using a goal-of-the-year volley by Mathias that stunned Phillips from 20 yards out.

A frustrating night for Boston's attack - including a quiet performance by NWSL goals leader Sydney Leroux - kept Boston from gaining ground on Western New York and the final playoff spot. The win moves Kansas City into first place on the NWSL table.