Unbeaten in their previous four matches, the Breakers will host number two Portland Thorns FC, a team in the midst of an offensive slide. Boston will need to make up four points to reach the final NWSL playoff spot.

The Breakers Route to the Playoffs 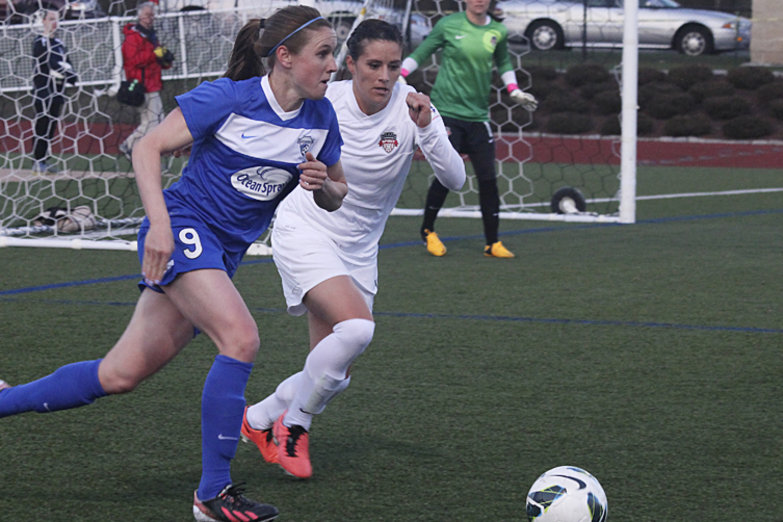 The Boston Breakers have a chance at the playoffs this season, but it will take some doing. That said, their road is clear.

The Breakers have come alive as of late, earning four consecutive results behind the stellar play of forwards Sydney Leroux and Lianne Sanderson. Although Leroux's five-goal, three-match stretch ended after Saturday's 0-0 draw with Sky Blue FC, the Breakers turned in several complete mid-summer performances, beating top-ranked Sky Blue FC and number two Portland over a three-match span. A win or draw against Portland on Saturday will enable the Breakers (5-5-5, 20 Pts.) to stay within striking distance of Western New York (6-4-6, 24 Pts.) and the final NWSL playoff spot.

After entering the summer as one of the most dangerous sides in NWSL, Portland has cooled off considerably, earning just two points in their previous four matches. During that span, the Thorns contributed just one goal, stepping into a drought that may have arrived at a costly time. Now just one point ahead of third-place Kansas City (7-4-5, 26 Pts.), the Thorns (8-4-3, 27 Pts.) must get back on track to maintain second-place comfort on the NWSL table.

The storyline remains the same for the Breakers, who have re-routed their ship in preparation for a final playoff push. Fluid combination play by Sydney Leroux, Heather O'Reilly and Lianne Sanderson has turned Boston's attack into one of the best in soccer, providing room for captain Cat Whitehill and fellow defender Jazmyne Avant to shore up a once-porous back line. Expect the Breakers to follow Saturday's scoreless draw with a multi-goal performance, placing pressure on Whitehill's back line for support.

The Thorns, on the other hand, enter Sunday's match in need of an offensive resurgence. National icon Alex Morgan has not found the net since June 6, when the forward scored twice in a 4-3 win over FC Kansas City. In a vital match for securing a postseason berth, Morgan and her fellow frontrunners must create more opportunities, taking pressure off goalkeeper Karina LeBlanc and her standout back line. If Morgan and Canadian International Christine Sinclair can lift up Portland's attack, the Thorns will aggressively challenge Whitehill's unit, hoping to break Boston's streak of defensive consistency.

In a matchup of two teams moving in different directions, expect Portland to fend off a gritty Boston attack, earning a result on the road.

For tickets to Sunday's match at Dilboy Stadium, visit BreakersTickets.com.