The Breakers completed yet another roster move on Thursday, signing Colombian Forward Melissa Ortiz from Icelandic side KR Reykjavik. How will Ortiz fair this season, in the wake of Syndey Leroux's departure? The Bent Musket offers a solution in part four of The Break Down.

Share All sharing options for: The Break Down, Part Four: Melissa Ortiz and Boston's New-Look Attack

On Thursday, the Breakers maintained their off-season stride, signing striker Melissa Ortiz as a 2014 Discovery Player. The Colombian International has made the most of her young career, leading many to covet Tom Durkin's newest attacking player. Will Ortiz fit the bill in Boston? The Bent Musket breaks down the acquisition.

Although Ortiz offers a vastly different skillset than Boston's one-time leading scorer, comparisons may always follow the Colombian International. Leroux, who relies on elite speed and crafty ball handling, actually shares few similarities with Ortiz, who benefits from a physical approach to her attacking position. The 23-year-old will only shrug of the Leroux-like expectations if she scores early and often. 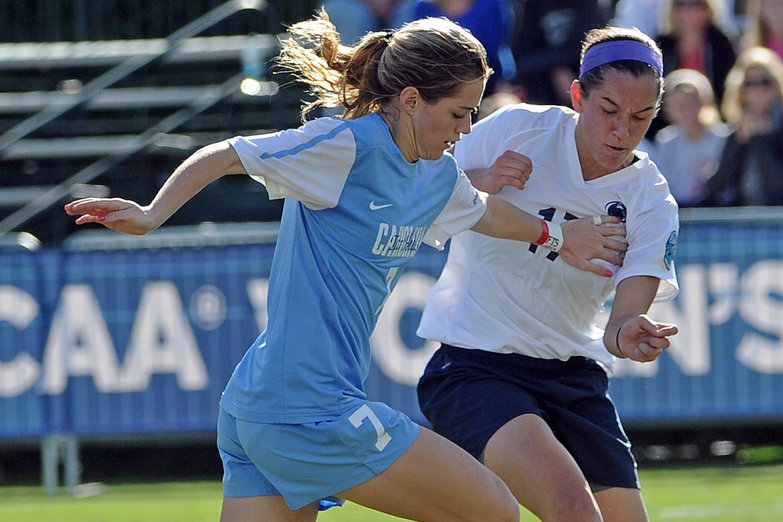 The Breakers hold the 7th pick in the upcoming NWSL College Draft. What will they do with it?

During his press conference on Thursday, Breakers' GM Lee Billiard expressed faith in Ortiz's "good goal scoring record," though little details follow the Lynn University (Fla.) graduate. Four goals in 10 National Team appearances, including a pair of tallies during the 2012 Olympic Games, serve as the only formal barometer of success for the West Palm Beach, Fla. native.

Without question, the Breakers desperately needed a proven goal scorer, both to replace Leroux's production and offer a go-to option beside forward Lianne Sanderson. Billiard believes he accomplished this task, signing "a gem of a player" who "will be a goal-scoring threat in Boston."

If Ortiz catches on early, expect the physical forward to feature beside attacker Lianne Sanderson, benefitting from superior build-up ahead of Kristie Mewis, Heather O'Reilly and Courtney Jones. If Ortiz struggles out of the gate, Durkin may establish competition among fellow forwards Katie Schoepfer and Courtney Jones, both of whom factored into Boston's WPSL Elite Championship in 2012.

At the very least, Billiard's acquisition will add depth along a shallow front line, providing Durkin with a Starting XI hopeful ahead of his inaugural season.

The Colombian International developed into a strong Senior Team commodity, showcased a knack for pushing defenders off the ball and garnered praise from Boston's front office, though growing pains seem inevitable for the 23-year old attacker. We expect a strong, effective showing from Ortiz, though Leroux's legend will live beyond the 2014 season.