The Break Down, Part Three: Mewis In, Leroux Out as Breakers Complete Blockbuster Trade

The Breakers shocked the soccer world on Monday, sending famed forward Sydney Leroux to Seattle in exchange for midfielder Kristie Mewis. It's time for round three: the trade that will forever change the face of the Boston Breakers.

Share All sharing options for: The Break Down, Part Three: Mewis In, Leroux Out as Breakers Complete Blockbuster Trade

After trading Sydney Leroux, the focal point of a daunting Boston attack, for rising midfielder Kristie Mewis, the Breakers earned recognition from all corners of the country. Leroux finished just one goal shy of the NWSL scoring title, completed a four-goal match for the U.S. Women's National Team and served as an offensive target for much for the 2013 season, only to depart for Seattle on Monday. So, how does The Bent Musket feel about Boston's blockbuster deal? We teamed up with Thad Bell of The Daily Wiz and Josh Y at Sounder at Heart to break down the league-altering transaction.

A Shocking Reunion for Kristie Mewis

For Breakers' GM Lee Billiard, the decision to part ways with Leroux seemed unavoidable. The 23-year-old phenom has developed into one of the premier goal scorers in the women's game, drawing attention from analysts from across the globe. Billiard responded by acquiring Mewis, a recently-named U.S. International, along with goalkeeper Michelle Betos and a first and second round pick in the 2015 NWSL College Draft. 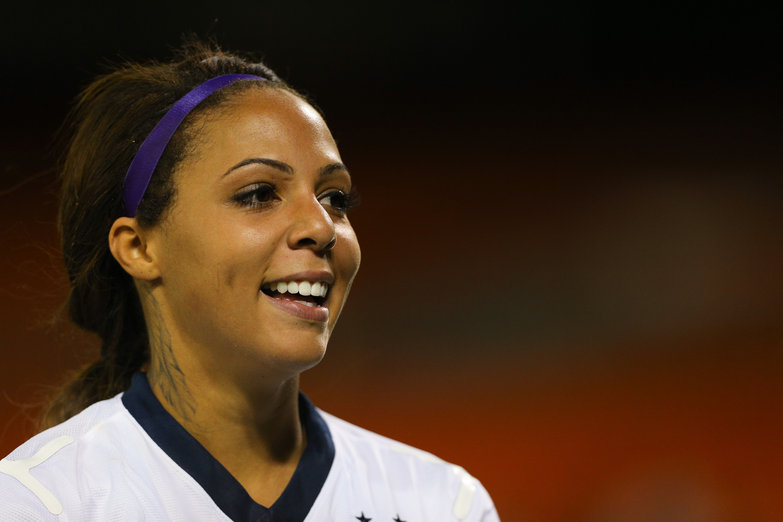 Mewis, who is also regarded as one of the up-and-coming talents in women's soccer, earned Billiard's approval in January, when the Breakers' GM decided to pursue the Hanson, Mass. native. Though the U.S. International contributed just one goal and one assist for FC Kansas City last season, scouts recognized that Mewis offered all the tools of an elite midfielder. And so, with his back against the wall, Billiard completed the deal, bringing the 22-year-old back to Massachusetts.

The trade represents Mewis' third team in less than a month, as the young midfielder joined Seattle following a Nov. 7 trade for forward Amy Rodriguez. Spoiler alert: the two trades had no connection, a truth TBM will unpack as the off-season continues.

Analysis + Prediction, with Thad and Josh

Few saw Mewis' return coming, and even fewer predicted the departure of internationally-acclaimed forward Leroux. But after hearing the story from both sides  -  Leroux's desire to return home, combined with Boston's desire to acquire equitable parts  -  the transaction actually makes sense.

Josh Y, who covers the Seattle Reign for Sounder at Heart, expressed skepticism when the west-coast club acquired Mewis in early November. Mewis seemed out of place on a roster dominated by left-sided players Stephanie Cox and Megan Rapinoe, leading many to believe that Billiard had his hands in both trades. According to Josh, the move filled a major void for a goal-starved Seattle attack.

"Leroux will absolutely be embraced here," he began. "The Reign were in dire need of a scoring threat at forward last season, and now we have one of the top forwards in the league. The price was steep, but I don't think anyone regrets it."

"I love [Mewis'] competitiveness. Even in training, she displayed a desire to win, no matter what." -Thad Bell

"I love her competitiveness," said Bell. "Even in training, she displayed a desire to win, no matter what."

Mewis will join Tom Durkin's club as an outside midfielder, creating a dynamic pairing with midfielders Heather O'Reilly and Kaylyn Kyle. The strength of this midfield unit, however, will  arrive with depleted attack depth, forcing the Breakers to account for Leroux's prolific goal-scoring ability. Billiard and Durkin will need to add a proven goal scorer to accompany forwards Lianne Sanderson (five goals), Courtney Jones (four goals) and Katie Schoepfer (two goals), making Kyah Simon's season-ending ACL tear a greater loss. Boston's creative build-up may represent the best in the league, though the Mewis-Leroux swap raises significant questions regarding the Breakers' attacking depth.

In the wake of Billiard's now-complex off-season, few will stop to consider Betos, a proven backup goalkeeper who will provide much-needed depth behind Alyssa Naeher, who battled injuries for the better part of last season. In 2013, Betos earned just one result in seven matches, leaving many to question the strength of Hope Solo's backup. Josh defended these claims, offering hope for Boston's number two.

"Betos' lack of results were as much about a young, cobbled-together defense as about her," he said. "She showed good reflexes in making some impressive saves and her positioning seemed fine...[Betos] has every chance to be a starting keeper anywhere where she doesn't have Solo in front of her."

At just 25, Betos will have room to grow into her role, spelling Naeher if injuries cut into her playing time. The overshadowed acquisition of a proven goalkeeper  -  combined with a pair future draft picks  -  bring light to an otherwise disappointing turn of events.

The decision to offer an A- may seem as controversial as the trade itself, though it seems apparent that Billiard's crew could have done nothing to lockdown Leroux. The Breakers made the best of a challenging circumstance, acquiring an outstanding talent with local roots, a backup goalkeeper with raw skill and a future of early-round  picks. Expect the Breakers to nominate Mewis as the new face of the franchise, using the Mass. native to "put butts in seats" ahead of an influential sophomore season.

Agree with our analysis? Think we missed the mark? Drop us a comment below.