Kenardo Forbes came off the bench in North Carolina and set up both of Rochester's goals against the Hammerheads. Christian Volesky scored in the 77th minute and Wal Fall tipped in the team's second on a very late corner kick. The Rhinos are now unbeaten in 5 games.

The Rhinos did not have ideal circumstances to celebrate the positives and work on the negatives from Wednesday night's hard-fought draw at FC Cincinnati. The team's flight out of Cincinnati was delayed, they were projected to miss a connecting flight, and staff scrambled to arrange last-minute alternative travel plans. Despite the added stress and whatever impact that may have had on players' weariness, the team got set up in Wilmington with time for a training session on Friday ahead of Saturday night's USL contest.

Due to the tough match against Cincinnati and the travel down to North Carolina, Rochester head coach Bob Lilley opted to shake up his starting lineup. Lilley swapped out 4 regular starters for Saturday night's match at playoff the playoff hopefuls. Goalkeeper Tomas Gomez, fullback Bradley Kamdem, and midfielders Wal Fall and Kenardo Forbes all sat on the bench as Rochester-native Dan Lynd, Chase Miller, Gaossou Bakayoko, and Andre Fortune II started in their places against Wilmington.

The change in personnel, especially in midfield, showed in the opening half hour as Rochester looked a step behind. Wilmington had momentum early in the game and Rochester's only meaningful chances came from dumping the ball into Steevan dos Santos and hoping he could turn and find the run of Christian Volesky.

Wilmington found the breakthrough in the 36th minute on a ball played in from the right wing. Forward Kyle Parker received a low cross and did very well to lay the ball off for midfielder Justin Moose. Moose took a right footed shot from just outside the 18-yard box through traffic that beat Dan Lynd low at his right post. 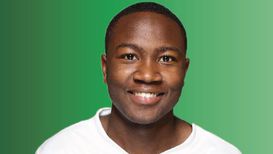 The Rhinos played twice this week, including an earlier draw midweek against FC Cincinnati where left back Bradley Kamdem shined and the Duba Train scored.

Rochester showed signs of life in their own attack after conceding the first half goal. Three minutes later, Bakayoko knocked a header towards dos Santos and the big forward picked out a through ball into the path of Volesky. Wilmington goalkeeper John Smits raced off his line and just narrowly beat Volesky to the ball.

The opening fifteen minutes of the second half were rather forgettable for both sides. After coming on as a substitute for the injured Tom Parratt, Stefan Defregger smashed a shot off the post. Rochester's defense scrambled for a moment before Lynd gobbled up the ball and the danger subsided.

Lilley and his coaching staff decided that 64 minutes was long enough to give the second-choice players a look and made four substitutions. Bakayoko, Fortune, Miller, and Ryan James exited the game and were replaced by Sofiane Tergou, Kamdem, Wall, and Forbes. The substitutes needed just over ten minutes to get acclimated to, and make their impact on, the game.

In the 77th minute, Tergou received a pass in midfield and quickly played a ball over the head of a Willmington player in the left channel for Forbes. Not the speediest player, Forbes carried the ball forward while waiting for a striker to make a diagonal run in front of him. When Volesky picked up on the signal, Forbes played a well-weighted pass through Bruno Perone and into the path of the second-year striker. A step quicker than Wilmington center back Ashani Fairclough, Volesky was able to neatly tuck the ball into the near post to tie the game.

Rochester had an opportunity to take the lead in the 84th minute after Volesky won a set piece off Fairclough 25 yards from goal. Forbes and Kamdem both stood behind the free kick but the Jamaican ran over the ball and the rookie left back's strike curled over the wall and over the frame of the goal.

As the match wore into stoppage time, Rochester was pushing players forward in search of the go-ahead goal. With just four players in the back since the substitutions, rather than five, there were less bodies to cover Wilmington players inside the area.

Wilmington played a ball from midfield deep towards substitute forward Casey Townsend wide of the near post. Townsend knocked the ball back towards the penalty spot towards a teammate and no Rochester defender was able to intercept the pass as it bounced twice inside the box. Perone latched onto the ball with a powerful strike from 12 yards out. Rookie goalkeeper Lynd got a hand to the ball but the shot was far too powerful and flew into the back of the net in the first minute of stoppage time.

Wilmington appeared to have scored the game-winner but Rochester continued to push. The Rhinos won a corner kick after the initial five minutes of announce stoppage time had been met and Forbes stepped back to send in service. Forbes whipped in the right footed corner to the near post where Fall rose above two Wilmington defenders and the goalkeeper to redirect the ball into the goal for the team's second equalizer.

The team looked down and out in the first minute of stoppage time but battled into the sixth minute to take another point from the road trip.

In just 26 minutes of regulation (and 6 minutes of stoppage time) Kenardo Forbes came off the bench and set up both of Rochester's goals. The team's lack of purpose and direction in midfield was on display without Forbes in the starting lineup and any success the Rhinos have in the 2016 postseason will likely involve the Jamaican playmaker.

The Rochester Rhinos (10-5-11) will now travel home from North Carolina to western New York before making their way down to South Carolina for next weekend's match at the Charleston Battery.