For the third time this year the Revolution and Orlando City meet, but will the third time be the charm for a winner in this match up or will the Eternal 2-2 Draw Derby continue?

Share All sharing options for: Know Thy Enemy: Revolution at Orlando City - Three More Questions With The Mane Land

For the third time this year, the New England Revolution and Orlando City SC meet in a pivotal Eastern Conference matchup.

The Revs currently sit above the red line in 6th place, three points above 7th place Orlando who has a game in hand. A win today from either team would go along way in the playoff race despite the season only being around the halfway point.

These two teams like to play strange and wacky 2-2 draws, something our friend Michael Citro of The Mane Land has also noticed. I chatted with him on their podcast this week so feel free to listen to that and we also did our usual question exchange which you can read here.

TBM: Cyle Larin and Kaka are good at soccer, but without them Orlando City are bad at soccer. It's hard to replace two talented players like that but any reason why the Lions seem to struggle mightily without their two stars?

Davies Diagnosed With Cancer, In Remission 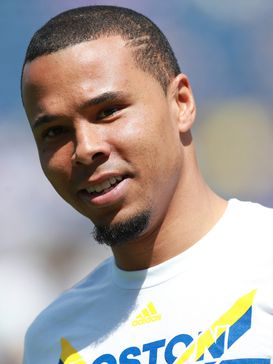 Charlie Davies announced yesterday that he was diagnosed with cancer in the spring but is in remission.

MC: I think if you remove two stars from any MLS team it would significantly reduce that team's success rate. But let's start up top. Orlando City doesn't have a true backup for Larin. Julio Baptista isn't a bad option for the last 15-20 minutes, but he's not Cyle. The Beast can't run all day like the much younger Larin. He may be better at using his body due to his years of experience, but he's not as good in the air and doesn't command the attention of both center backs the way Kid Fantastic can.

As for Kaká, well, he's worth about a goal a game when healthy, whether assisting or scoring, this season. The thing that Kaká does is draw attention away from the wing players, which allows more space for both the outside attacking midfielders and the fullbacks overlapping. In addition, he and Kevin Molino play so well in tight spaces together and that just isn't the case with any other pair on the team, with the possible exception of Kaká and Baptista (so, either way, you need a healthy Kaká).

With both of these players in the lineup, Orlando City has proven to be capable of beating any team in the league. Without them both, the club has to scratch and claw for every inch of the pitch. The Lions can still win games without them, but they kind of have to win ugly.

TBM: Orlando is winless in their last five and have just one win in their last nine but there's a lot of draws in that stretch keeping them in the hunt in the dreadful East. What does OCSC need to do to get over the hump and start winning games?

MC: Stop conceding goals. Part of that winless streak included the first three games all season in which Orlando failed to score a goal (at Dallas, vs. Houston, at NYRB). Aside from those three matches, the Lions have found the net in every game and they have enough firepower to find the net with regularity, even without Kaká on the field. However, in every game there have been one or two instances of switching off or losing track of a runner and it has always punished Orlando. It's in the net every time. So Orlando's back line might play very well overall throughout a match and still concede two goals. Lately that's been on set pieces a lot. Orlando hasn't been good in tracking late runners, fighting through picks, or winning balls in the air on set pieces. That has to change or the defense will continue to leak and potential wins will continue to be draws.

TBM: Okay, you're Jason Kreis, first MLS game with Orlando - what's the gameplan? It's too early for Kreis to really start tinkering with the lineup but if there's one thing you want to see the team do against New England, on either side of the ball, what would it be?

MC: Kreis has said repeatedly that he won't come in and start making wholesale changes. He will take some time and introduce tweaks here and there as he goes to find out what he's got on the field and how it will fit what he wants to do. What I'd like to see is for him to fix the aforementioned leaks on the defensive end. If Kreis can get the team's goals-against average down while not sacrificing any offense, the lads in purple should quickly start to get results. After Wednesday's friendly, Kreis talked about doing just that - starting the makeover with defense. It pretty much worked, as the Lions regulars played the first 45 minutes and held Stoke City scoreless, despite eventually losing 2-1 with the reserves in.

The lineup...well, that's a question, isn't it? If Kreis stays true to his word about not making major changes right away, I think we'll see something like this:

Injuries: Tommy Redding (hamstring), Rafael Ramos (hamstring), Harrison Heath (knee) and Pedro Ribeiro (back) are out. Barring anything unforeseen, everyone else should be available, as the only other two question marks (Shea and Antonio Nocerino) both played Wednesday.

Prediction: Rome wasn't built in a day, and neither will Jason Kreis' vision of Orlando City be, either. I think this is going to be another draw, but this time I'll say 1-1. I base this on nothing other than gut instinct and the fact that Adrian Heath (1-1) and former interim coach (now back to being an assistant) Bobby Murphy (0-0) both drew in their first MLS match with Orlando.