How To Watch: Revolution vs. Sounders, United States vs. Bolivia

It's a double does of soccer tonight! The Revolution host Seattle in the last game before MLS takes a two week break for Copa America, and the USMNT hosts Bolivia.

Share All sharing options for: How To Watch: Revolution vs. Sounders, United States vs. Bolivia

It's an interesting "double-header" of sorts, with the USMNT kicking off about a half hour or so after the Revolution. So instead of doing two game threads, we're having one "SuperThread" to talk about both games.

We'll have live commentary throughout the evening, so come back tonight and hang out in the comments, but until then check out the match details and our previews below.

The New England Revolution end a three game homestand looking for their third win of the season as they host the Seattle Sounders. 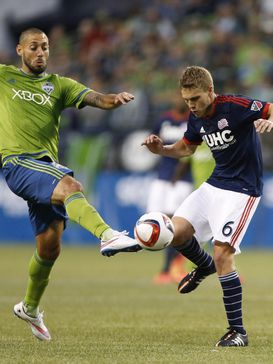 This week we chat with SaH site manager Dave Clark about Jordan Morris, how to deal with the Revs offense, and why the Eastern Conference is bad.

The Revs are 1-1 so far and could use three points to give the Kei Kamara era a bit of a jump start. A win over dismal Chicago was overshadowed by another horrendous defensive day against FC Dallas, but the home team will get a boost with the return of captain and centerback Jose Goncalves who is off the latest injury report.

Seattle will be without Clint Dempsey who's with the USMNT on international duty, which means a healthy dose of Jordan Morris up front for the struggling Seattle offense. Morris himself has been on a scoring tear recently but overall the Sounders as a team have just 10 goals on the season, good for worst in the West and only ahead of the Fire with 9 GF.

The Revs meanwhile aren't bad at scoring, with 17 goals spread out between Lee Nguyen, Juan Agudelo and Diego Fagundez among others, they are bad at stopping goals with 24 allowed this season. New England's minus-7 goal differential is the worst in MLS though the Revs have had good defensive games, they've yet to be consistent and tend to allow goals in bunches.

Kei Kamara hasn't found the scoresheet yet but his presence has certainly helped the attacking trio playing behind him. Gershon Koffie is out for this game (injury) as well as Je-Vaughn Watson (Jamaica) so the Revs will have a few new faces in the starting lineup tonight. 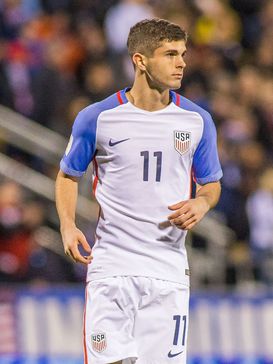 Will Jurgen Klinsmann select a similar lineup to the one that ended against Ecuador? Or will he rest his presumed starters with for Colombia and the start of Copa America 2016?

The USMNT played really well in the second half against Ecuador midweek, and with the start of Copa America looming the US needs to capitalize on the momentum gained from that 1-0 victory.

Bolivia is usually a defense first team, so sending Bobby Wood, Darlington Nagbe, and Alejandro Bedoya against a stout and organized team could be a very good indicator of things to come in Copa America. More importantly it gives the US another chance to build on the success and chemistry of that second half, where the US dominated possession in the final third and generated several good scoring chances before Nagbe's late winner.

Naturally, Jurgen Klinsmann should have an eye towards the tournament opener against Colombia on Friday and we will likely see a lot of substitutions in the second half. But before that happens, there should a solid half or sixty minutes of play for an attacking group that in a very short time has already proven it can be effective. Now the question remains can Nagbe, Wood, etc., continue that style of play throughout Copa America and perhaps into the rest of the World Cup qualifying cycle.