Revolution vs. Philadelphia Union: What to Watch For

The Revs take on Philadelphia in the Union's home opener. Here's what you should be looking for as New England tries to claim it's first victory of 2016.

Share All sharing options for: Revolution vs. Philadelphia Union: What to Watch For

Yet to win (or lose) a game, the Revolution go on the road to Philadelphia to face a Union side in their home opener. The Revs followed an emotional roller coaster of a game in Houston with a dull home opener of their own versus D.C. United, coming out of each game with a point a piece. The Philadelphia Union, this week's opponents, came into 2016 with low expectations. After finishing in 9th place in the Eastern Conference last season, it shocked nobody when they lost to FC Dallas in their Week One showdown. Midfielder Chris Pontius was last week's hero for the Union, scoring both goals in a 2-1 win over the winless Columbus Crew SC. The Revs have been underwhelming through their first two matches, and look to break that trend. 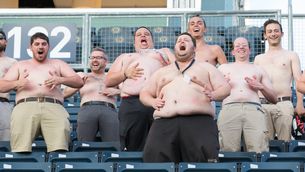 The Revs are on the road in Philly, so Jake Catanese chats with Eugene Rupinski of SBN's Union blog.

In two polar opposite matches to begin the season, New England finds themselves with two points, good for sixth place in the Eastern Conference. Last week's stellar defensive performance was contrasted by a poor showing from the Revolution attack, who failed to capitalize on a few chances, including a stoppage time 1v1 misfire by Kelyn Rowe. The back line continues to be an enigma, showing promise last week after an abysmal display in the season opener. The Revs look to continue their unbeaten streak with a win.

Philadelphia's season opener in Dallas looked like a harbinger for what many think will be yet another disappointing season. The score was 2-0, but that was hardly any indication of Dallas' domination. If it weren't for goalkeeper Andre Blake, FC Dallas' 17 total shots (10 on goal) could have been costly. Philadelphia, however, bounced back in spectacular fashion with an away win at MAPFRE Stadium in Columbus, the sight of last season's MLS Cup Final. The type of performance they put on did not look like the Philadelphia Union we have seen over the past few years. Don't expect this type of display to become a regular occurrence, but it certainly was a great win.

In the 34th minute of last week's match, Charlie Davies went down with a left hamstring strain. Concerning at first, Davies was able to walk off the pitch under his own power. Davies is listed as questionable on the injury report for this week, but I wouldn't be surprised if Head Coach Jay Heaps leaves Davies on the bench, or even out of the gameday 18, to protect his long-term health. After Davies' departure last weekend, he was replaced by Juan Agudelo. Heaps, however, pushed Teal Bunbury, not Agudelo, to the center forward position, leaving Agudelo to play on the right wing. Heaps experimented with this during the preseason, and Bunbury shone as the featured attacker. Agudelo did eventually get time as the lone striker when Bunbury came off in the 74th minute. Heaps seems to favor Bunbury at this position, but may choose to start either one. In addition, Davies' injury opens up the opportunity for either Michael Gamble or newly-inked Femi Hollinger-Janzen to earn a spot on the bench for the first time.

Going into the 2016 SuperDraft, many eyes were focused on defenseman Joshua Yaro. Philadelphia snagged Yaro with the second overall selection, and he was posed to start at center back right off the bat. Yaro, however, has yet to find even the bench. Perhaps he just needs to be groomed a bit more before the coaching staff believes he is ready, but his case is a curious one.

Throughout the first two weeks of the season, Je-Vaughn Watson has emerged as a surprising star for the Revs. It is safe to say he has earned the role as go-to right back, which comes as a relief to Jay Heaps who had no right back of such just two weeks ago. Watson has been stellar on and off the ball, showing both his defensive ability and overlapping ability. In the past, Chris Tierney has been the primary overlapping fullback on the left side, but now Watson now provides a threat to opposing defenses from the right. Watson will have the task of defending last week's Union Man of the Match Chris Pontius, but if the first two games are any indication, he should have no problem.

Andre Blake has emerged as a top-tier goalkeeper in MLS. Blake was a savior for Philadelphia last weekend versus Columbus, and his strong performance has been rewarded by a call-up to the Jamaican national team for their upcoming World Cup qualifiers. The former first overall SuperDraft selection underwent two knee surgeries before making an MLS appearance, but finally got his chance by the end of last season. This is Blake's first campaign as the goalkeeper of choice for Philadelphia, and he has done nothing but impress.

The Revolution are in need of a win. By any standards, Philadelphia is not the most threatening of MLS opponents, and the Revs' upcoming schedule consists of Eastern Conference favorites New York Red Bulls and Toronto FC. Look for similar lineups from both sides as last weekend. Philadelphia will stick with what worked in Columbus and restrain from fixing what isn't broken. Jay Heaps will work out the striker situation, but other than that the starting XI today should look the same as what we have already seen. The Union will be hungry for a win in front of their home support for the first time this season, providing a big test for this Revolution team.

The Revolution face the Philadelphia Union at 2:30 PM EST on Sunday.