General Manager David Borts detailed the life and, ultimately, the unfortunate death of the Rhode Island Oceaneers. Citing financial constraints, the team could not continue competing in the American Soccer League.

Two weeks ago, the Rhode Island Oceaneers issued a press release and a Facebook statement that the club was packing it in and would not field a team in the upcoming American Soccer League season. While talking about the demise of his professional soccer club, General Manager David Borts struck a frustrated tone, often exhaling through his teeth while talking about the players and coaches of the Rhode Island Oceaneers.

Discussing the squad's inaugural campaign in Fall 2014, Borts had a lot to say about the club's success, with a few qualifiers.

"The fall season, I’d say we were pretty successful. We had a very young roster. We had a lot of kids – 19, 20-year olds, 21-year old kids – a lot of kids who had not made it in the normal path; the academies and stuff like that," he said. "And our coach [Jasir Charris] was an excellent coach. He really had a great impact in terms of picking up the players' game and from from a success stand point of improving the product on the field, we did really well." 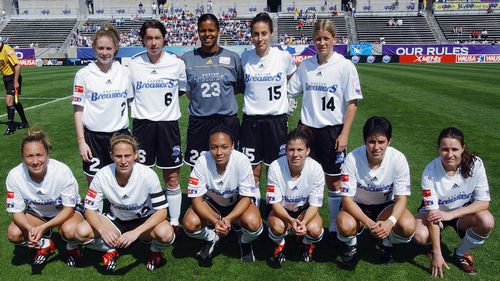 While the team didn't necessarily win every game, the bigger concern for Borts appeared to be off-field issues. Borts repeatedly referenced the tight time-frame he had to construct not only a roster but the staff and club infrastructure. "I was asked to do this on about a month’s notice. In terms of putting this together we were really short-handed, to put it mildly."

Borts mentioned that the league cut the Oceaneers a break by allowing them to start the season three weeks late. Beyond that, things were tight.

"For the most part it was on me to get things organized: transport, stadium, uniforms, equipment, assistant coaches, and also players except for the ones that our coach was in contact with," he recalled. "There was a tremendous amount of work."

Borts has lifelong experience in Rhode Island soccer but was still surprised by the scale of the job ahead of him in the fall of 2014. Even something like registering players as professionals for the first time through the FIFA Transfer Matching System represented a herculean effort.

"There was a lot, it was definitely a big undertaking. On the logistical side, some of the stuff I was used to because I have a lot of experience in the soccer field in Rhode Island and southern New England. A lot of the tasks were things I was used to but everything was behind because I was asked to start late."

The team's general manager seemed reluctant to dole out blame for the demise of the Oceaneers, but did point to finances. Owner Jim Antonakas actually operated two teams in the fledgling ASL: the Oceaneers, and Mass United. Cash could be hard to come by.

"Our finances were really tight," Borts told me. "Money for players was not there. It was really aspiring young players who were attracted to the fact that we were local and that we had a really good coaching staff."

Still, even a really good player might only earn $50 per week.

Over the winter off-season, Borts concentrated on upgrading the player roster. "[We had ] one kid who had been drafted by the Revs in 2011 by the name of Andrew Sousa, who never got any real playing time with the Revs and after he went to go play in Iceland. Another kid named Ryan Maduro who had played with the Red Bulls and was in Iceland for a couple years, too. There were a couple of players like that."

And then there was Isaac Nana Addai, over whom Borts could not help but gush a bit. "We had this one young Liberian kid who we went through this incredible fight to get him released through FIFA from a contract that he had been forced to sign in West Africa when he was like 15 or 16 years old."

...Probably one his last official acts in his capacity with FIFA, we got a letter from Jérôme Valcke reporting to us that [Addai] was freed from his previous contract." - David Borts on the status of player Nana Addai

He said the club filed a complaint with the player status committee of FIFA and that a panel ultimately ruled in the Oceaneers' favor. "An interesting side point in the soccer world, probably one his last official acts in his capacity with FIFA, we got a letter from Jérôme Valcke reporting to us that [Addai] was freed from his previous contract."

Nana Addai has been training on and off with Bethlehem Steel, Philadelphia Union's USL team, for the past couple months. He might have a shot at a USL contract after the season starts.

In the Spring 2015 season, Rhode Island did much better with the stronger corps of players under the guidance of the coaching staff.  "Ultimately we did well because we made the playoffs. We got to the semifinals and we went down for a game against Icon FC, which eventually won the championship. We went down and got toasted by Icon in Newark in the pouring rain in June."

The improvement from fall to spring was encouraging for Borts. "Overall, though, the team would still be playing now in terms of coaching, myself, and the players but for the fact that finances just were not made available to us to be able to run the team."

When talking about about the prospects of teams in leagues like ASL, Borts seemed rather dejected. "To do the budget of a team like this successfully is not easy, but you're talking six-figures. You need $100,000 to $200,000 a year at a minimum to pull it off and at least compensate some of your top players.

"Really it's a structural question, it makes you ask, Where's minor league soccer in the US?" Borts continued. "It’s very hard to make it unless you have a reasonably large backer. We’re not talking millions but you’re talking about someone who wants to spend $300,000 or $400,000 over a couple years to try to develop a brand."

That sort of commitment turned out to be a little too rich for David Borts' blood, unfortunately, or perhaps things might have ended differently for the Oceaneers.

"I was clear as a businessperson that I was not interested in investing the money. One, I don't have the money to do it on a full budget. Secondarily, I can't see anything except spending the money," Borts said, referring to the lack of financial return on the investment.

The Fall 2015 campaign devolved from a competitive to an exhibition season because the league "just didn't have the teams." Proposed teams in Pennsylvania, Long Island, and Worcester, MA, never materialized and the ASL decided to hold off on official league matches until the spring of 2016.

"Nobody knew what the costs were. I didn't feel that I was given what I needed."

Referring to the preparations ahead of the inaugural campaign, Borts said, "Nobody knew what the costs were. I didn't feel that I was given what I needed."

After several promises at league and club level were not kept, Borts says he gave the ownership an ultimatum; either increase funding, or he would walk. While the decision to withdraw the Rhode Island Oceaneers from the ASL was a difficult one, Borts was happy to tease an upcoming project for professional soccer in the state.

"I'm not personally finished with professional soccer projects in the Rhode Island area," he said. "It's one that takes much more preparation. It's bigger than the American Soccer League. We've got a couple of people involved. I can't give any specific names but it involves some people who have had some involvement with an MLS team in the past.

"It's obviously not MLS, though."

Borts continued to drop hints, indicating that this might involve working with an established league. "It's a bigger investment, but a serious investment. People will invest money knowing that it's a 5-year project. and you can see that there is stability, that it's a viable professional league, and that there is the possibility of the return on the investment."

To the educated soccer fan in the United States, this teaser likely point to the USL or the NASL as likely targets for this Rhode Island professional soccer project.

As for the ASL, Jim Antonakas is planning to operate a team tentatively named New England FC to replace the departed Oceaneers. New England Soccer Today's Brian O'Connell broke news from a source that New England FC will, in fact, participate in ASL's upcoming season, and that this is the Oceaneers under a new identity.

By entering the new club, Jim Antonakas now operates three out of the four New England clubs in ASL. In addition to Mass United, he is also in that position with the New Hampshire Bobcats.

For an optimistic take on the clubs chances from just before its fall 2014 ASL season kicked off, read my interview with David Borts from the time.