The Revs striker will start the final US friendly before The Hex on the bench as it appears Klinsmann is going with a 4-2-3-1 look.

The lineup is out for the United States in their final friendly before the beginning of the final round of CONCACAF World Cup Qualifying. The USMNT will start The Hex with games at home against Mexico and on the road in Costa Rica next month.

Here is the #USMNT Starting XI for #USAvNZL! Tune in to @espn or @UniMas for kickoff at 8 p.m. ET. pic.twitter.com/iTX574wtCd 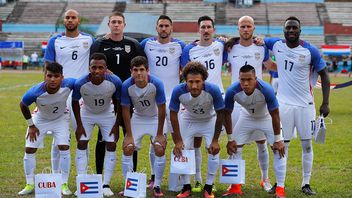 Winning road games in CONCACAF isn't easy, and as strange as it is to say, it's a good thing there are vets like Chris Wondolowski around to show the young guys how it's done.

Assuming that is how the USA lines up, there's nothing wrong with this lineup aside from maybe Yedlin back up in the midfield. He's been a right back now for a while and honestly there's no reason to have him anywhere else when there are viable options like Paul Arriola and Juan Agudelo available on the wing, not to forget the likely debut of Lynden Gooch as well.

Also for reasons unknown Kellyn Acosta is still a left back internationally and while he's unlikely to supplant Fabian Johnson for the starting job the US is desperate for depth at that spot. I'd much rather see Bill Hamid getting the start in goal in front of his hometown crowd but maybe we'll see him in the second half along with a host of other substitutes.

The good parts of the lineup though are in central midfield. If Klinsmann is trying to find the heir for Kyle Beckerman and Jermaine Jones in the holding role, it's pretty obvious that Perry Kitchen could be the guy. We'll see how well he partners with Michael Bradley and Sacha Kljestan in the middle for this one.

We've got the Juan Agudelo klaxon on stand by, but until then share your thoughts in the comments below. Check out my Five Thoughts column from yesterday on winning road games in CONCACAF and as always The Yanks Are Coming match preview is a must read.