Jermaine Jones has never seen anything quite like the tifo hoisted on Saturday.

There certainly isn’t a lack of creativity in New England. 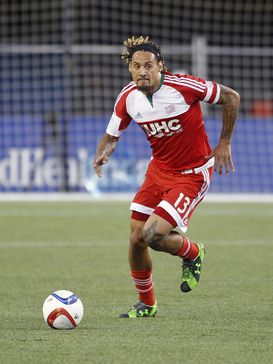 Watch in awe as the tifo is raised.

While Jones had heard whispers about the tifo beforehand, he was still in awe when it was hoisted before the opening whistle.

"I don’t see it before," Jones said of the tifo. "When we went together, the team, and all the guys are like ‘you’ll see, you’ll see’ and I’m like ‘what?’ And then I saw it. It was amazing."

Jones, who confirmed to media that he has seen Indiana Jones, stated that the tifo was one of the most unique displays of support he has seen in his career. Though he’s only been in New England for the past year and a half, Jones has already taken note of the area's fervent fan base. Whether the Revs or at home or on the road, Jones knows there will be supporters there singing their hearts out.

"All of the support from all the people in the stadium is always amazing," Jones said. "The support [at] away games, it’s amazing."