How To Watch: United States vs. Guatemala

With two big wins in Europe last month, the USA will square of against Guatemala in their only warm-up match ahead of the start of the 2015 Gold Cup next week.

Share All sharing options for: How To Watch: United States vs. Guatemala

Coming to you live from the beautiful city of Nashville in Honduras!

According to ESPN, tonight's game is being played in the city of Nashville, Honduras pic.twitter.com/oD6zxEUbjC

Hmm...we're already doing this wrong I think. But tonight's game from LP Field, home of the NFL's Tennessee Titans is expecting a state record of nearly 40,000 fans as the United States hosts Guatemala in a warm-up match between the two sides ahead of the 2015 Gold Cup.

The USA will feature in Group A of the CONCACAF tournament along with Haiti, Honduras and Panama while Guatemala will be in Group C with Mexico, Cuba and Trinidad and Tobago. The US' first match vs. Panama is July 7th from Frisco/Dallas, TX and Guatemala starts their campaign on July 9th against T&T from Chicago. 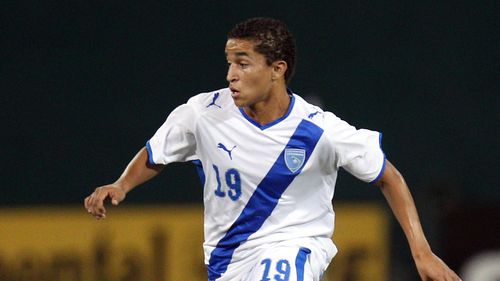 After what seems to be a successful trial, sources tell TBM that young Guatemalan international Marvin Ceballos has signed with the New England Revolution.

Much to the disappointment of New England Revolution fans, neither Lee Nguyen or Juan Agudelo made the 23-man Gold Cup roster though Jurgen Klinsmann can make up to six changes after the group stage. However, the squad Klinsmann did call in is very different than the younger, European heavy rosters we've seen lately for the friendlies against Germany and Netherlands.

Instead, this is almost a throwback roster to the last Gold Cup, with MLS veterans like Kyle Beckerman, Graham Zusi, Omar Gonzalez and Chris Wondolowski getting the call up in place of a lot of the youngsters that have gotten caps in recent months.

So while the starting lineup might feature a lot of the same players, there could be a strong veteran presence off the bench for the US in this tournament. Versatile defenders like Brad Evans and Tim Ream are here, giving Klinsmann cover across not only the backline but also at holding midfield if he needs it. DeAndre Yedlin is still in the fold, properly listed as a midfielder which is exactly what he is despite what Seattle says.

Michael Bradley has been named captain of the team going into the Gold Cup, possibly because of Clint Dempsey's recent actions towards a referee's notebook in the US Open Cup. More importantly though is the possibility that the US has finally figured out a formation that allows Bradley the freedom to be, well, Michael F. Bradley.

Klinsmann's 4-1-3-2 moves Bradley further up the field and gives him another striker to get the ball forward to from the middle of the field. While this eliminates the more attack minded winger role of the 4-2-3-1, it occupies the defense to give the midfield a little more space to work with and giving Bradley space to run forward into is usually a bad thing.

Today however, I think we're going to see more of the veterans who haven't gotten a lot of minutes in since the World Cup. Guys like Evans, Zusi, Omar and others could be more likely to go ninety minutes while some of the regulars (Bradley, Dempsey, Jozy) might only feature for a half. It also an opportunity for Klinsmann to get a look at a few players in positions they're still getting accustomed to, like Gyasi Zardes in more of a midfield role.

The only real question I have is where Fabian Johnson lines up, because you could argue he's the best US player at three positions - left mid, left back and right back. While it's almost a lock he'll be on the left side of the field, I wouldn't mind seeing him on the overlap with someone like Zardes who's going to be cutting inside more. This also means Zardes is going to have to be helping out on the defensive end as well, something the young attacker needs to improve on if he's going to feature in that outside role.

I'm not sure if giving Guzan and Rimando each a half will make any sort of difference, and giving Guzan the whole 90 could be more beneficial since Rimando is already in mid-season form. I think all four strikers get a run out in this one as well, perhaps Klinsmann trying out a few different combinations up front.

There's more than a few familiar names on this roster, as captain Carlos Ruiz was an MLS stalwart for LA Galaxy and FC Dallas not too long ago. Marco Pappa of Seattle, Elias Vasquez of Real Salt Lake and Moises Hernandez of FCD all ply their trade in MLS right now as well. Marvin Ceballos now of the Revolution has four international caps but is not on the Gold Cup squad, his last call up was against Peru in October of 2014.

The Gold Cup has been a mixed bag for Guatemala in recent years, they've missed qualification two of the last four Gold Cups, missing out in 2009 and 2013 for debutantes Nicaragua and Belize respectfully. But in the last two tournaments they've qualified, 2007 and 2011, they've made the quarterfinals. In 2007 they finished second with four points behind the USA before losing to Canada and in 2011 Guatemala finished third on goal difference with four points to Honduras (who they tied 0-0 in group play) before eventually losing to Mexico 2-1 despite an early goal from Ruiz. So if Paul Carr says that there's a 40% chance this team can make the semis, that means they're a threat to finish second in their group behind Mexico.

So while this might only be the 5th best team in Central America, it's a pretty good team, making the final against Costa Rica in the 2014 Copa Centroamericana which also serves as qualifying for the Gold Cup. They lost the final 2-1 to Los Ticos but went undefeated in group play, including a 2-0 win over Honduras thanks to a Pappa brace.

It should be a fairly good test for the USA when the action kicks off later today at 6:30PM on FS1.