Boston is struggling as we enter the final leg of the season. The Breakers need points and they need them now.

27 points remain up for grabs for Boston. Top-ranked Chicago stands between Boston and the next six.

The Red Stars have been the team to beat all season long and now the Breakers face them in a two-game home-and-away series. First up is Chicago away, with Boston on a three-game losing streak and Chicago coming off of two wins. Chicago also previously beat the Breakers this season, a convincing 3-0 victory at Toyota Park.

As international players trickle back to their teams, it remains to be seen who will actually play. The Red Stars probably won't see the likes of Julie Johnston or Christen Press, but they will have Abby Erceg and Melissa Tancredi. They'll also have players like Jen Hoy and Sofia Huerta, both credible threats who will need to be watched for runs while the midfield shuts down Danielle Colaprico and Vanessa DiBernardo. 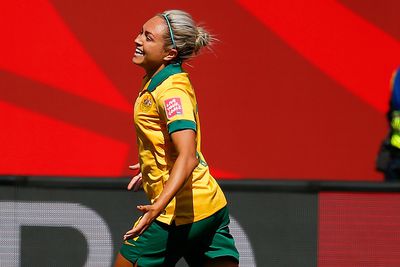 Stephanie Yang talks to Australia international Kyah Simon on her return to Boston and the NWSL.

The Breakers could have a new element on the field as well in Australian international Kyah Simon. Simon is potentially the missing piece of the puzzle that helps the Breakers put it all together at long last this season. If that sounds like a lot of pressure, it is—but Simon showed at the World Cup that she's capable of withstanding it. If she can manage to link up with either Kristie Mewis or Steph McCaffrey or position herself well to receive service from Mollie Pathman or Lauren Lazo, then she could be a scoring threat who either puts balls away or draws enough attention to give another player the time and space to finish. She may even find service from old strike partner Katie Schoepfer, despite Schoepfer's deeper-lying role. If Amy Barczuk drops, giving Schoepfer the freedom to roam forward, that could create a nice offensive spear up the middle.

It remains to be seen how much Pathman and Lazo will contribute this game, though, with Boston needing to keep their defense tight against Chicago. The defense seemed to have worked out the kinks after the first few games and grew exceedingly stingy, only allowing two goals in four games. Then things started to break down, starting with the Reign in June. In the last three games the Breakers have allowed eight goals total.

The two other question marks are Alyssa Naeher and Brazilian international Rafinha. Naeher flew from Los Angeles to Chicago and will be back in uniform but, like many other USWNT players, she'll be coming off a whirlwind publicity tour that included a trip to the ESPYs. She hasn't had a practice with the Breakers defensive line in front of her since May and coach Tom Durkin might find it worthwhile to keep Jami Kranich in goal. Then again, Naeher is already familiar with King and Pathman and Kassey Kallman is an experienced CB who should know how to interact with her keeper; Durkin might value Naeher as a shotstopper over any positional chemistry with the back line.

Rafinha hasn't had the same busy schedule, but she only returned to the Breakers this week. She could certainly be the creative linking #10 the Breakers need to feed Simon, also freeing Kristie Mewis to work more exclusively on the left instead of having to pinch in. Before she left for the World Cup, all indications were that she was coming up to speed as a player who could go 90 minutes at NWSL levels.

So: midfield, who knows. Goal, who knows. Forward, who knows. It could all come together into a team that still has a shot at making a playoff run; the pieces are all there. But with the way the team's fortunes have waxed and waned so far, you get the feeling that absolutely anything could happen.

Breakers vs. Red Stars kicks off at 8 PM ET on Saturday, July 18. The game will be streamed live on NWSL's youtube channel.