What do the Revs need to get out of their funk? We have some ideas.

Share All sharing options for: Exploring the Revolution's Biggest Needs

The summer transfer window opens Jul. 8, and you have to imagine that the New England Revolution will be making moves in light of the team's recent skid. What should Michael Burns and company be looking for? We have some ideas.

5 Trades the Revs Should Consider 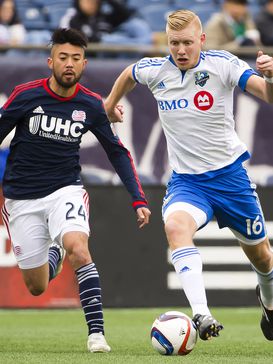 Perhaps the Revs could fulfill a need via a MLS trade.

With Jermaine Jones expected to be out until at least early August, the Revs are missing an important midfield cog. Scott Caldwell is excellent and a guaranteed starter, but who does he partner with? Andy Dorman's sharp moments are usually followed be ones that earn him a card while Daigo Kobayashi has good vision but not enough bite. With this in mind, the Revs should bring in a defensive midfielder, preferably one that can deputize as a center back. This may seem like a long-term solution to a short-term problem, but remember that there could be a lot of turnover in the midfield this off season.

If Jermaine Jones and Darrius Barnes weren't injured at the moment, there would be zero talk about a dearth of defensive options at Jay Heaps' disposal. But the fact of the matter is that neither player will be waltzing onto the field any time soon. Someone who could offer a spot start here and there could be, though. And it's up to Mike Burns and the rest of the Revolution's scouting department to find that solution. It's needed badly.

Matty: A center back...a true one.
Signing an outside back like London Woodberry that can *possibly* cover CB, isn't CB depth. We said this in February and March when Soares left. Even with Andrew moving over to CB, and Darrius Barnes for cover, it still wasn't enough, and now we're seeing why.
Nick: A center back
When the Revs brought in Will Packwood, fans rejoiced. Why? The signing of a center back would have solved a number of issues--defensive cover for Andrew Farrell and Jose Goncalves, the opportunity to leave Jermaine Jones in his natural holding spot, depth to fill Darrius Barnes' role...
Well, for one reason or another, Packwood left town without a contract--and the Revs left negotiations without a solution to their most pressing problems. We have to trust that Packwood wasn't the answer. But at some point, we do need an answer. When Jones returns, he must feature in the midfield for the Revs to Play in top form--a problem Jay Heaps cannot solve without a defender.