Revolution head coach Jay Heaps had some choice words for the man in the middle for Saturday's game.

Jay Heaps has been around MLS for a long time; first as a player then as a commentator and now as a head coach. During this time he’s seen a lot. One thing he’s never encountered is a referee quite like Allen Chapman.

Chapman served as the man in the middle for Saturday’s game between the New England Revolution and Vancouver Whitecaps. It’s a task that Heaps thinks might have been too much for the fourth year pro.

"I’ve been in this league for 15 years and I can see a play and I’ve never seen so many times where I said, ‘Which way is it?’ and that’s a bad, bad situation," Heaps said. "We’ve been around the game for a long time and that’s the decisions that are being made—it’s mind-boggling."

Was PK the right call? 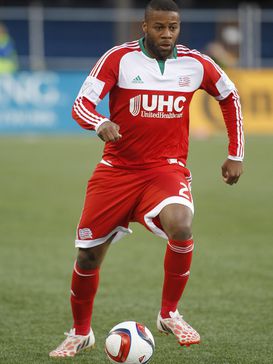 We know Heaps' opinion and now we want to hear yours! Vote in our poll or leave a comment.

This isn’t the first time that the Revs have encountered Chapman, who has been in the center for 61 games. In fact, Chapman has been the head referee during eight Revolution games, according to SoccerWay.com. In these games, the Revs are 2-6-0 with 16 yellow cards and one red given to them and 25 yellows and two reds handed to their opposition. Additionally, Chapman has called four penalty kicks against the Revs without ever awarded one in their favor.

The most recent encounter between the two parties ahead of this past weekend was on May 21st when the Revs traveled to Sporting Park. Here, Chapman pointed to the spot after Jose Goncalves was deemed to have fouled Dom Dwyer. It was a curious call to say the least, and one that put the game out of reach once Benny Feilhaber converted to give the home side a 3-1 lead.

With the Revolution’s past interactions with Chapman proving to be unpleasant, Heaps warned his men to take a cautious approach.

"We had him this year in KC. You guys all saw the penalty kick on ESPN2," Heaps reminded. "You saw him last year on July 4 against Salt Lake call two penalties that were made up calls out of anywhere. So, [in] those situations we tell our players you got to be careful."

Despite the advice, Andrew Farrell put himself in an undesirable position when he put a hand on Cristian Techera in the 29th minute of Saturday’s game. Though Farrell said he simply "tapped his arm," Chapman ruled that the contact was more egregious, awarding a penalty kick and reducing the Revs to 10 men.

Believing that Chapman was being inconsistent, Heaps was forced to make some adjustments to ensure that nothing else would go wrong.

"We took London [Woodberry] out because he’s on yellow card watch and next week unfortunately without Farrell we had to be really smart with where we were," Heaps commented. "That’s us having absolutely no idea what the referee is going to call in the second half, having absolutely no idea what a foul is and what a yellow card is and where the game’s going to be called."

Despite being down a man, the Revs displayed grit and were able to cut the deficit in half courtesy of a Teal Bunbury goal. It wasn’t enough, however, as the Whitecaps grabbed full points once the game expired.

When the final whistle blew, Heaps ordered his players into the locker room in order to prevent further confrontation with the referee crew.

"Quite frankly, I think the referee was over his head tonight and you get that situation, you want the players to get away from him. The game was over and there’s nothing going to be solved after the game in terms of that. So, I said, ‘Guys, get away.’ I just didn’t want anyone—Teal or Diego [Fagundez], guys with yellow cards—to pick up another yellow for saying something."