Share All sharing options for: How to Watch Revolution vs Orlando City: TV Schedule, Online Streaming

The New England Revolution will play a regular-season game in the Sunshine State for the first time since August 26, 2001 as they are slated to face Orlando City SC on Friday, May 8. Historically, Florida hasn't been kind to the Revs, who went 3-12-3 against the Miami Fusion and Tampa Bay Mutiny before the both teams contracted.

Injury Reports ahead of Revs vs Orlando City 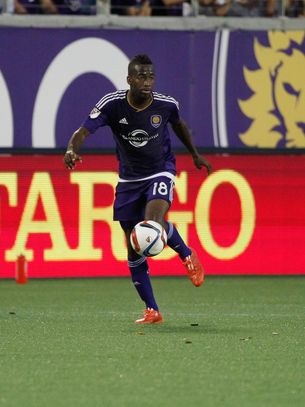 Orlando City will be missing some big names when they face the Revs on Friday night.

Things are different now, however, as the Revs are currently on a seven-game unbeaten run. This streak is aided by the offensive trio of Charlie Davies, Teal Bunbury, and Juan Agudelo as well as the steadfast defense of Andrew Farrell, Jermaine Jones, and Scott Caldwell.

While the Revolution are trending upwards, Orlando City are looking to find their form. The expansion side currently sit in seventh place in the Eastern Conference with an overall record of 2-2-4. Their home slate has been particularly dreadful as they are 0-3-1 at the Citrus Bowl with only one goal scored.

Join us as we discuss tonight's match!