Providence Issues a Statement on Herivaux Signing with the Revs

Zach Herivaux signing a Homegrown contract means that he won't be playing for Providence College.

Share All sharing options for: Providence Issues a Statement on Herivaux Signing with the Revs

Zach Herivaux was expected to attend Providence College in the fall, but plans changed when the 19-year-old received an offer to join the New England Revolution as a Homegrown player. Herivaux, who has spent four seasons with the Revolution Academy, saw the opportunity as too good to pass up.

Herivaux Officially Signs with the Revolution 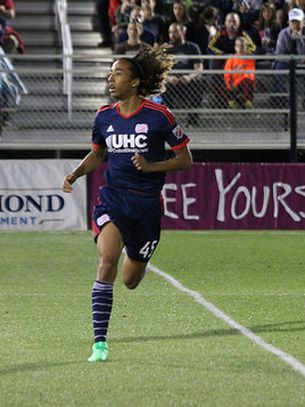 "Having the option to play professional is something I thought that would never happen to me before college," Herivaux told RevolutionSoccer.net. "Having the opportunity, I just couldn't pass it up. It's always been a dream of mine, not only to play professional but to play for my hometown club, Revolution. I feel like I couldn't let that slip and I wanted to jump in right away."

The decision to forgo playing collegiate soccer puts Herivaux in the same category as Diego Fagundez, who was the club's first-ever Homegrown signing. Since the news broke, Providence College men's soccer head coach Craig Steward has issued a statement expressing a range of emotions.

"Although we are disappointed that Zach will not be joining us in the fall, we are delighted for him and his family as he starts his professional career," Stewart said. "Although he will not step on the field as a Friar, we will always consider him one of our guys and wish him all the best moving forward."

Guy Kabala, an academy product from Manchester, N.H., is still expected to be a member of the Friars in the fall.