The Revolution were victorious on Saturday night. Catch up on it.

The New England Revolution won 2-0 on Saturday night against the Colorado Rapids. Here's what some of the team had to say after the match.

This is a tough place to play, we've got some tired guys in there. You know, I thought it was a great game all the way around, I thought Colorado was really good, but I was really excited about how we rolled up our sleeves. We bent, but we never broke.

Yeah, I thought we did a good job and countered well. They were coming with a lot of numbers and I thought they did a good job to push the game, but, you know, it's a tough place to play, so our guys were running out of steam a little bit, but I was really happy with the way we finished it. 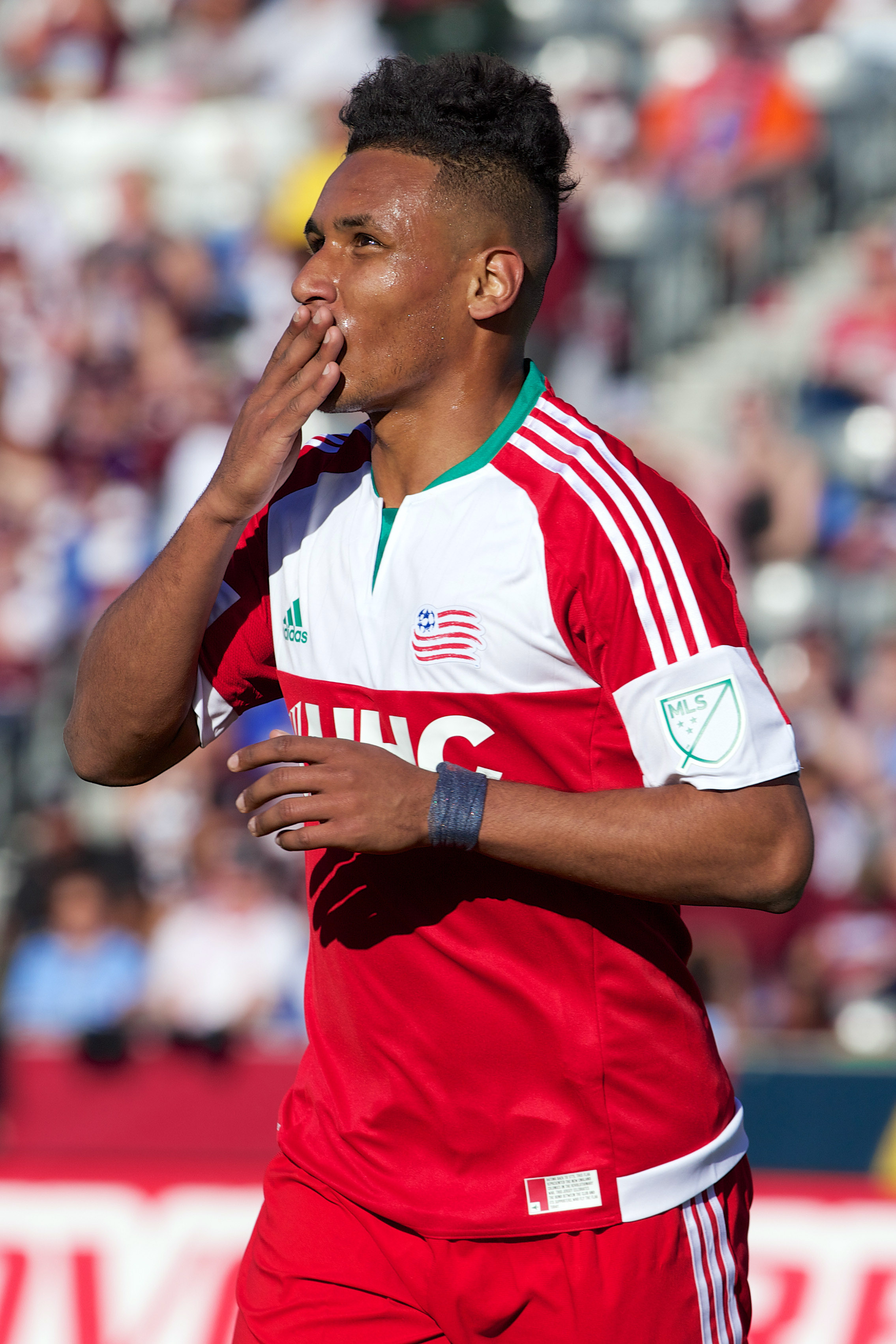 The Revs are starting to get it done the way they did in 2014.

I thought Andy was really good. We challenged those two, Andy and Scotty, because in Seattle we didn't love the way that they matched up. Tonight they were much better.

Great goal. We're excited about it. We'd just switched the two of them, we like to switch them once in a while. We felt the match-up of Kelyn on the right and Juan was going to be a little bit better as the game went on, so we started opposite, so that as the game went on we would switch them. It was probably a couple minutes after we made the switch that Kelyn served the perfect ball, and Juan's touch was excellent.

The one right before half was pretty unbelievable, the left-hand save. Dillon Powers was really good, I thought he was excellent. Torres as well was difficult to defend, and Ramirez. Those guys, when they get going, they pose a lot of problems, and it's not problems you can set up a team to defend, they just sometimes make plays, and they did, and Bobby had to make the biggest play of all.

Injury. I think he picked up a little bit of a knock, I think he got out before it got worse. Jose is the guy who knows his body better than anyone. He felt it coming on, but I think we got him out just in time.

I thought it was a tale of two halves for sure. I thought we were really good in the first half, I thought our set-up was good, the way we were playing was good, I think we caught them off guard a little bit in possession and kept them back a little bit. But then, in the second half, they really turned it around and they took the game. We were fortunate to get the penalty, but it was a tale of two halves, they were better than us in the second half for sure. But we grinded, and credit your goalkeeper on a night like this and our backline. Our backline I thought that Darrius Barnes and Andrew Farrell, Kevin Alston coming in, Jose was good, and Chris Tierney. Those five guys really pitched it in.

It hurts you a little bit because you stop playing a little bit, but it also givs you the cushion of knowing you don't have to extend too far and get numbers too high. So definitely it made it a little harder for Colorado because we were able to keep numbers back, but it also took our mentality away of really punishing them for them going with numbers, we never really countered really well in the second half.

It's difficult, it's not just a chemistry thing, it's a confidence thing, so yeah. We knew we were going to score, just like Colorado is going to score, once you get the first one you start to get the confidence and guys feed off each other.

He had a good week this week and we just don't want to push him too soon, but he was in full training yesterday for his first full training, and we expect him to be in full training next week. We'll see if he continues to improve and progress, then an option for Saturday.

I saw Kelyn pick his head up, and he's a player that has a great foot on him and he was able to play a great long ball, and I was able to take it down and chip it over the keeper. I'm just glad I was able to help my team out because it's a tough place to play with the altitude. 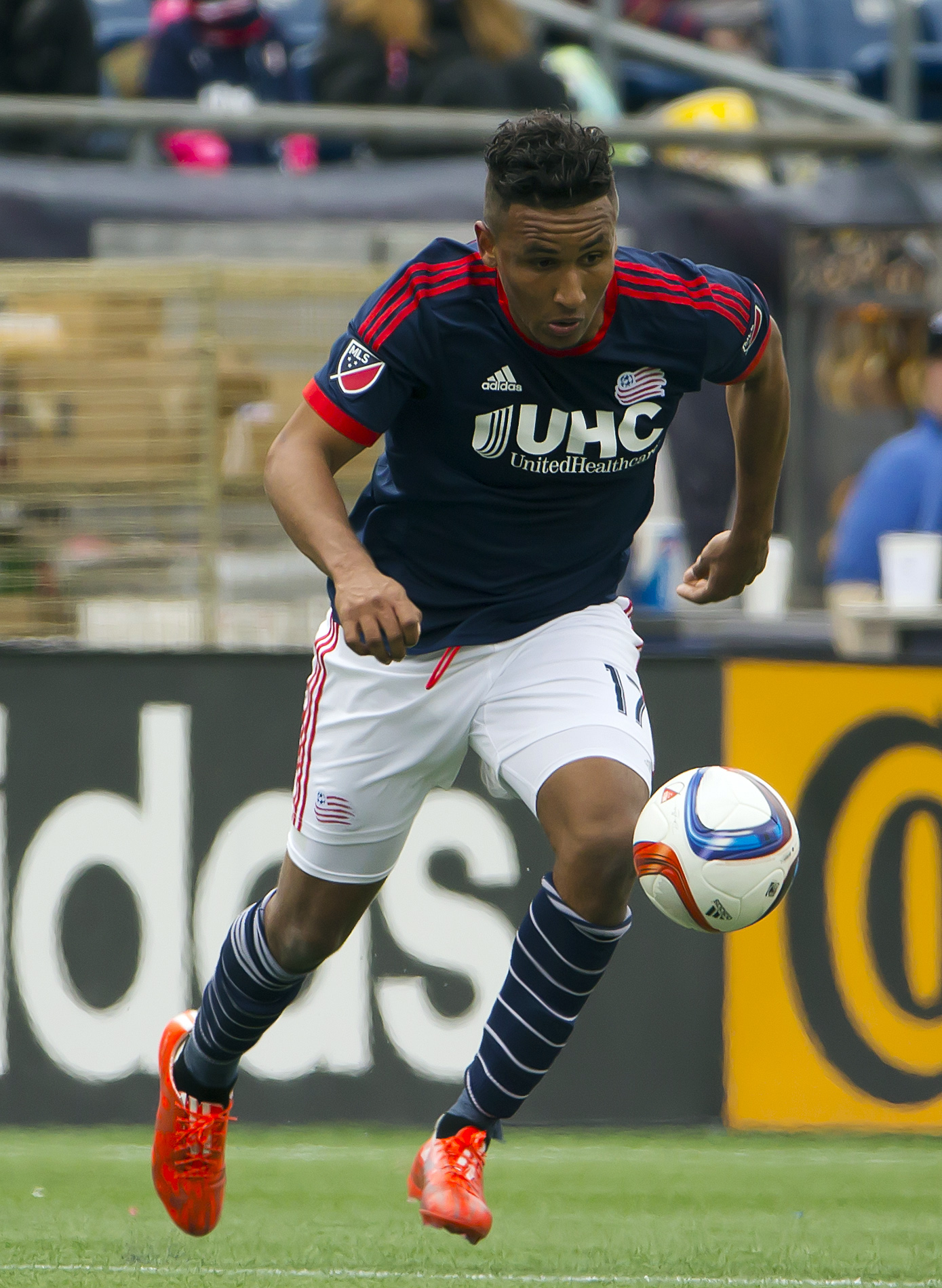 Juan Agudelo opened the scoring against the Rapids with a brilliant strike.

Feel to get first goal in a while

It felt good, I mean, my celebration, I screamed and I was like ‘yes!' And it felt good because I knew how much it meant to the team, and how important it is to get an early goal away.

It was already across the line but I didn't want to take my chances with the official saying that it was not across the line, so I made sure I banged it in.

Extremely important, like I said the altitude was in high effect today. I believe that we worked our butts off and we were able to come out of here with three points and that's not an easy thing to do.

Definitely. Like I said, as soon as we had the first goal from Kelyn last game, had a deflection and went in, you know, the floodgates are opening now and everybody's feeling more comfortable in front of goal.

When you have a lead like that, especially in a place like Colorado where you're playing in elevation like this and it's hard to get running, I think we did really well. I credit Scott and Dorman for sitting in that hole and winning second balls and making sure we're clearing our lines.

You know that early one really set the tone, I think. It gave us a little lee way to try some things, and again, I think Scotty and Dorman really held that lead for us. They're pulling guys back and making sure that nothing's going through, and again, in this elevation, you don't want to go crazy running and pressing. You're not going to last long, and these guys know what it's like, so it's good for us again to keep the shutout, it's huge.

It was a good run from Agudelo. He's one of those players you want to give him the ball when he's going in those positions. He's got a great touch out of the air, we've seen it many times when he's been here in years before, and we saw it again today. So credit him with a great finish.

Fitting that was Juan's goal?

You have to see it from Juan. He does it in practice all the time, you've seen it before when he was here two or three years ago. I think for him he's just a great player who makes amazing plays, and it's not going to be his last one.

Yeah you do, you pick up a little bit of momentum, but you have to go game by game. It's one of those where it's a great victory and we're going to hold our heads high, but come Monday/Tuesday we're going to get back in and start working again, and work towards that home game against Columbus.

It's a very difficult place to come and play with the altitude, and they haven't conceded a goal this year, so they're very tough to break down and they work hard. Fortunately enough we were able to finish our chances and get the result.

Big save on Powers

I think so, I mean, it's the last five minutes of the half. When you're able to make a save there, that could be a big momentum swing going into the half. I was fortunate enough to just kind of be in a good spot and spread myself, and make the save.

Part of your hand?

Yeah, at that point I'm just trying to get close to him and then set my feet, and like I said just kind of spread myself. Fortunate enough, it hit my hand and went over the bar.

I think if you look at our last three performances you can tell that we're much more organized, communication is a lot better, we're keeping tighter lines. It's something that we work on in training every week and we're going to continue to work on it. We need to not get complacent and make sure we keep developing and keep working on that, and hopefully continue to get the results.