How to Watch New England Revolution vs. Philadelphia Union

It's Sunday night soccer as the Revs face the Union.

Share All sharing options for: How to Watch New England Revolution vs. Philadelphia Union

The New England Revolution are looking to extend their unbeaten run to five straight when they visit the Philadelphia Union on Sunday. The match will be the first of three meetings between the two clubs this year.

Jones off the Injury Report, but Two Revs Defenders Listed as Questionable 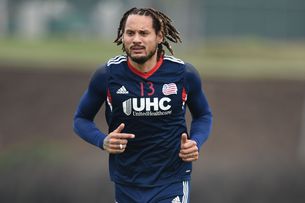 Take a look at the latest injury reports for both the Revs and Union.

It's a good time for the Revolution to face Philadelphia as the Union played New York City FC to a 1-1 draw on Thursday. The quick turnaround could result in roster rotation, or at the very least tired legs.

The Revs meanwhile will be hoping to get significant minutes from Jermaine Jones after the Designated Player was omitted from this week's injury report. The team will also be welcoming back Juan Agudelo, who scored against Mexico in an international friendly on Wednesday.

Diego Fagundez is another player that could make an impact on national TV this weekend as the 20-year-old has established himself as a Union killer. In seven appearances against the Union, Fagundez has collected three goals and three assists. Perhaps a visit to Chester, PA is just what the midfielder needs to regain his form.

Join us as we watch and discuss tonight's game!