How to Watch: New England Revolution vs Columbus Crew SC

The New England Revolution return to action this Saturday when they welcome Columbus Crew SC.

Share All sharing options for: How to Watch: New England Revolution vs Columbus Crew SC

It’s a rematch of the Eastern Conference Semifinals as Columbus Crew SC travel to Gillette Stadium to face the New England Revolution. 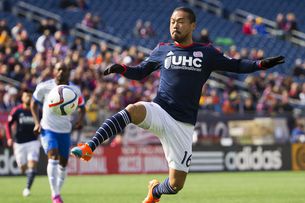 Who's in and who's out? Here are the latest injury reports.

After a poor start to the season, the Revs will be looking to collect their third straight win on Saturday afternoon. To do this, the team will rely on recent scorers Juan Agudelo, Lee Nguyen, and Kelyn Rowe. The Revs could also be reinforced by the return of Jermaine Jones, who is looking to get his first game minutes since undergoing successful sports hernia surgery.

While the Revolution are hoping to maintain their current form, Crew SC is looking to find their footing. Pegged to be a powerhouse in the Eastern Conference, things have been up and down for Gregg Berhalter’s men. Kei Kamara is coming off a two-goal performance against the Vancouver Whitecaps, but the team a whole will likely be tired after playing a midweek game on the West Coast.

Join us as we follow and discuss Saturday afternoon’s proceedings.