All was not well in New England yesterday, a crushing 3-0 defeat in Seattle did not start the season off well for the Revs. But one bad game does not define a season, so cheer up New England, it's like 45 degrees outside.

Share All sharing options for: Top 5 Reasons Why You Shouldn't Overreact to the Revolution's Tough Loss at Seattle

I am not here to tell anyone that the New England Revolution played well yesterday. But fear not Revs fans, the sky is not falling either. And I don't think there's snow in the forecast, but I digress.

There are few teams in MLS that can head into Seattle without their two best players and get a positive result. Even with Jermaine Jones and Lee Nguyen, I'd have been absolutely thrilled with a draw and taking a road point and heading straight to the airport to fly home.

Three Thoughts on the Seattle Loss 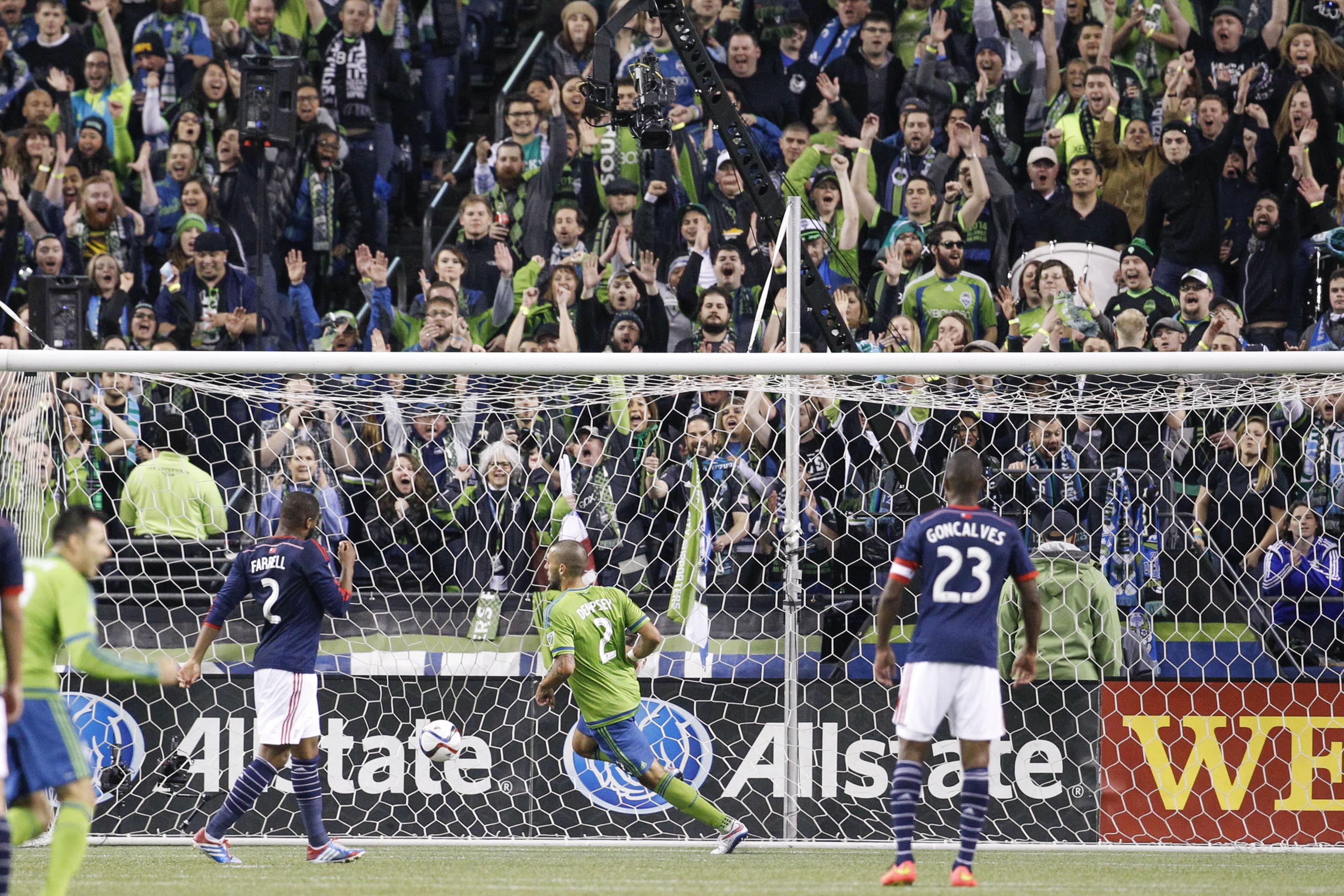 Jon Sigal shares some quick thoughts about Sunday's ugly result against the Sounders.

Certainly, what many fans are disappointed in, and I'm sure the players to an extent, was how yesterday's 3-0 loss played out, with the Revolution backline struggling as the game went on and the offense failing to generate few, if any, quality chances. The final scoreline though did accurately reflect the day, with the Revolution struggling to generate any chances and Seattle converting on all three of their shots on target.

Yes, the Juan Agudelo penalty to Clint Dempsey was deserved, not just because it was a foul but Seattle had been generating the early chances. Chad Marshall in particular could have put the Sounders ahead early on a couple of headers, and the stats early on were not kind to the Revs.

Prior to scoring first goal yesterday, #Sounders had 81% passing accuracy, #NERevs had 66%.Revs weren't playing very well prior to conceding

Despite this, I actually thought that before the penalty, the Revs were not playing all that badly. At least until Obafemi Martins slammed home the Sounders' second goal, the Revs backline had been in full bend-but-don't-break mode during the run of play. Yes, there were issues on set pieces but Andrew Farrell and Jose Goncalves were quite capable in 1v1 situations. Goncalves' shielding of Martins the length of the eighteen comes to mind as one of the early bright spots for the Revs defense.

It was when the Sounders started their combination play that things started to go south, new right back Tyrone Mears replacing DeAndre Yedlin had a stellar MLS debut and had the primary assist on Martins' goal right before halftime. If the Revs had gone into halftime only down the one goal, off a penalty kick, there would have been more positives to take away from that half. Instead, the Revs suffered mostly from a lack of confidence and it showed.

Going into Seattle and grabbing any points is tough enough. The crowd and atmosphere are top notch, the Sounders defense is tough to break down, all a recipe for bad things to happen if you're not at the top of your game. And Dempsey and Martins are good at soccer.

But, was yesterday the end of the world, not even close. So here's the Top 5 reasons the sky is not falling (or snowing) in New England:

1. NGUYEN AND JONES WILL RETURN

Ok, obvious things first: This was not a full strength Revs team and it showed, particularly in the attack. The creativity in the final third just wasn't there as Agudelo was often stranded in the middle of the field while holding up the ball. Nguyen should help that, but it's also up the rest of the Revs midfield to make themselves available to make their possession count in the attacking half.

2. THE REVS DON'T HAVE TO GO BACK TO/PLAY SEATTLE UNLESS...

It's a cup final, either the USOC or MLS Cup. And everyone in the East has to play them still, so it's not like the Revs are having to dig themselves out of some hole here. This is not a crippling loss for the season considering how few time Seattle drops points at home, a 12-4-1 record at home last year by my count in the regular season speaks volumes to how hard it is to play there and most of those dropped results happened early in the year.

I strangely recall an 0-4 loss without Nguyen in Houston to start the 2014 regular season that probably had everyone hopping mad as well. In that game the Revs also lost Goncalves for a number of weeks for an injury as we assume Teal Bunbury will miss some time with a shoulder injury. And yes, the Revs were probably dead last with a 0-1 record and a -4 GD just like they are last year, except it's only a -3 GD this year, which means we're getting better at this being bad in the season opener stuff.

4. AGUDELO WILL LOSE THE RUST

We all know that Juan Agudelo is an amazingly talented player, but he also played like someone who hasn't played a competitive match in almost a year. Not surprising then that his first game since last May was not his best stuff, although the effort was there and he held the ball up really well and tracked back on defense, it's just not what the Revs need him to be doing all the time. On a better day when the Revs midfield can combine, Agudelo won't have to work so hard to do so little.

This is not news, but even at full strength this game would never have been the MLS Cup preview that many were hoping for. Using the first game of the season as a reference for a playoff game that's seven months down the road is foolish enough, and knowing the Revs general lack of consistency during the regular season in past years, this game was only going to be the first test in a long season. Sadly, it's a test that fans in New England are overreacting to at the moment because for the first time in a long time, the Revolution have incredibly high expectations.

So yes, in short, yesterday sucked. There was a lot of bad, some of which couldn't be helped and most of which can be fixed. The MLS season is a marathon not a sprint, the most important thing the Revs can do at this point is get healthy, the soccer will improve as that happens. There will be a couple of big winning/unbeaten streaks for the Revs this year and as much as we'd like it to happen, the Revs can't win them all.

So yes, Andrew Farrell has to recognize and learn from his mistakes, the backline as a whole has to communicate and do better on set pieces. The midfield had some individual moments but overall lacked the offensive punch without the big guns in Lee and Jones. Someone's going to have to step in for Teal Bunbury we assume for at least this week and maybe longer, but even with all the injuries this team will learn to compete when they're not at their best.

But don't worry New England, it's one game. There's thirty three more to go. As much as I hate to say it, and it's always better to quote Bill Belichick after a win, but we're on to New York City.

Or we can take a page out of Aaron Rodgers' playbook: