What is the Collective Bargaining Agreement?

The MLS season is in jeopardy as a CBA still has not been hammered out. The sides remain far apart on several issues, especially Free Agency. Here's what you need to know.

Share All sharing options for: What is the Collective Bargaining Agreement?

First Kick is fast approaching, and there's an enormous elephant in MLS's room right now: the collective bargaining agreement. The MLS Players' Union and the Owners are locked in a negotiating war behind closed doors, with both sides expressing willingness to have a work stoppage rather than cave to the other's core demands.

Since that clearly has the potential to affect the whole league and all fans, here's a look at what's going on and what it all means.

1. What is the collective bargaining agreement?

Strong partnership between Revs and Rams 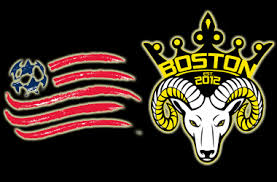 We caught up with Hobie Hare of the Real Boston Rams to get some perspective on their partnership with the Revolution.

A collective bargaining agreement, or CBA, is an arrangement that is usually decided upon by management and a union. A CBA dictates the terms and conditions of the workplace, including salary rules.

2. What is the timeline for signing a new collective bargaining agreement?

The previous CBA, a five-year agreement signed in 2010, expired on Jan. 31, 2014. Since then, players have agreed to operate under the previous guidelines until a new CBA is forged, which is why teams have played in CONCACAF Champions League and preseason games.

That said, it's unlikely that the 2015 regular season will start on time unless a new CBA is signed. The first game of the new season is set to kick off on Friday, Mar. 6 when the Chicago Fire face the LA Galaxy at the StubHub Center. The new parameters would likely have to be penned before then, however, since players need to travel. As reported by ESPN FC's Jeff Carlisle, Chicago is scheduled to fly out on Wednesday, though there is a contingency plan that would allow for a Thursday departure.

3. What happens if a new collective bargaining agreement isn't signed?

If a new deal isn't in place, it's likely that the players will strike and the season will be delayed. Players that were around in 2010 have stated that the union conceded too much during the last round of CBA negotiations. As a result, the players have taken a more unified and stubborn approach to this year's discussions.

There is the possibility of agreeing to continue the old CBA and keep negotiating as the season goes on - that happened in 2010. The players seem completely against it this time, however, so it is very unlikely.

4. What would a strike mean for MLS?

A strike wouldn't be devastating for MLS, meaning that the league would still exist. It would, however, hurt momentum as the league is about to embark on its 20th season fresh off a World Cup that captivated Americans.

The growth of soccer in America is best exemplified by the league's new television deal. The eight-year agreement allows for MLS games to be nationally broadcasted on ESPN, FOX Sports and Univision Deportes. Four opening weekend games are scheduled to air across these three stations, including a triple header split between ESPN2 and Fox Sports 1 on Sunday. Cancelling one, or all, of these games would be a disappointing start to the new broadcasting arrangement.

Disappointment for fans would expand beyond those watching at home as many are excited to watch games live at the stadiums. No game is as highly anticipated as Expansion Derby between NYCFC and Orlando City SC, which is scheduled to be played in front of a sold out 60,000-seat Citrus Bowl on Sunday. Delaying the season would be hard on both local and traveling fans, especially considering that any makeup games are likely to occur midweek

5. How does the collective bargaining agreement affect the New England Revolution?

As members of the league, the Revs would only play this weekend if a new CBA is hammered out. As a result, fans wanting to see their team in action against the Seattle Sounders this weekend will hope for positive news in the coming days. The team also has representatives in DC, including investor/operator Jonathan Kraft.

6. What do both sides want?

The players want higher salaries, which is reasonable considering the growth the league has endured recently. The amount related to the increase, however, is a talking point as MLS officials are quick to point out that the league is still growing.

Another major issue - perhaps the major issue - is free agency. The last CBA introduced the Re-Entry Draft, a mechanism used by players who are out-of-contract or have had their options declined. Players haven't been happy with this draft since it doesn't truly allow for free movement. Teams also still have a lot of power as they are allowed to withhold a player's rights, even if that team has no intention of using that individual.

7. Which side is in the right?

This is a hard question to answer because it's more opinion than anything else. The players have the right to ask for free agency and more money. However, as Commissioner Don Garber has stated, MLS' single-entity system is a big part of the league's successful. Furthermore, many teams are still reporting financial losses.

The players argue that the other major American sports leagues - NFL, NBA, MLB, and NHL - all have free agency, and yet maintain their single-entity status. In their opinion, costs are controlled through the salary cap; free agency has nothing to do with it. The owners, on the other hand, are very much invested and committed to avoiding any competition among each other for players.

At this point, it's anyone's guess. Optimism has risen in recently days with players like Nat Borchers telling ESPN FC that he's hopeful that a new deal will come along. Garber has also expressed similar sentiments.

A big part of the optimism relates to the arrival of federal mediators, who proved to be instrumental in the 2010 discussions. The mediators have been on-site in Washington D.C. since Sunday, working with representatives from both the union and management.

If a new CBA is agreed upon, it will likely be a last minute thing. From the Players Union's perspective, there's no need to rush to an agreement as the league will likely concede more as First Kick nears.

ESPN FC's Jeff Carlisle has done an excellent job of chronicling the proceedings. The Washington Post's Steven Goff is also a reliable source on this, and any other, event. Massive Report, the Columbus Crew blog on SB Nation, has actually been killing it with their CBA coverage as well. Also, at Hudson River Blue, the new NYC FC blog, scored an interview with Dr. Stefan Szymanski, the mind behind Soccernomics, which sheds a different perspective on the CBA.

Past and current players are also weighing in on the issue periodically, but don't expect much from the owners' perspective. Real Salt Lake owner Dell Loy Hansen was fined for making comments "not permitted under the League's Constitution." Hansen said that free agency was a "waste of time" during an interview with ESPN 700.