Revs President on Stadium: "This is something we’re trying to do and do quickly"

New England Revolution president Brian Bilello spoke to the Boston Globe about a variety topics, including the construction of a stadium.

Share All sharing options for: Revs President on Stadium: "This is something we’re trying to do and do quickly"

New England Revolution president Brian Bilello is aware that his team needs to build an urban stadium. In fact, he told the Boston Globe that it's "something we’re trying to do and do quickly."

Are the Krafts Moving Quicker to Build a Revs Stadium? 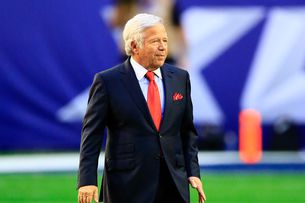 In the article, which came out on Saturday, Bilello spoke on a variety of topics, including the Revolution's stadium plans. Bilello's quote helped confirm a report from the Boston Business Journal, which said that the organization views their search for a permanent home as separate from Boston's bid for the 2024 Olympics.

"We look at them separately," Bilello said. "We’re trying to work on our stadium project and we know there are other things going on around Boston. But for us, this is something we’re trying to do and do quickly."

Earlier this week, the Boston Business Journal named Widett Circle in South Boston as a potential stadium site. While Bilello didn't say anything about a location, he did emphasis that building a stadium is an important step for the club.

"The stadium experience is really critical — not to hard-core fans, though it’s great to reward them with a special venue — but to that casual soccer fan who watches the World Cup but may not yet be committed to MLS or the Revolution," Bilello commented.