The first New England Revolution home game of 2015 is upon us as the Montreal Impact will travel to Foxboro on Saturday, March 21.

After a rough start to the season, the New England Revolution will return to confines of Gillette Stadium to face the Montreal Impact on Saturday, Mar. 21. The game is set to kickoff at 3 pm EST.

Latest Injury Reports for the Revs and Impact 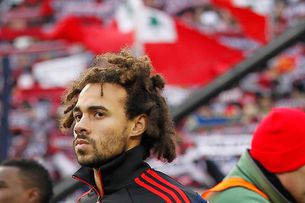 Take a peak at who is out for this Saturday's game.

The Revs will be looking for their first win of 2015 after dropping results to the Seattle Sounders and New York City FC. If they do earn a victory, it will be with a depleted back line as regular starters Jose Goncalves (suspension) and Kevin Alston (hamstring injury) are unavailable.

Meanwhile, Montreal is hoping their success in the CONCACAF Champions League will carry over to the regular season. The Impact are the only MLS team to advanced to the semifinals and they got one step closer to the finals on Wednesday when they recorded a 2-0 win over Costa Rican side Alajuelense. Montreal's only league game so far was a 1-0 loss to D.C. United.

Join us as we watch and discuss Saturday's game!