The USA starts it's campaign for Russia 2018, where a daunting match at surging Trinidad awaits later this month.

New England Revolution midfielder Jermaine Jones is the lone member of his club on the roster which introduces new faces to the US national team.

Both Nagbe and Miazga are set to make their first appearances with the United States. Nagbe having recently finalized his citizenship and Miazga a key member of the Red Bulls Supporter's Shield campaign and the US Olympic team. Both newcomers have a chance to make a big impact internationally during a break from the MLS Playoffs with the Red Bulls and Timbers both playing second leg games this Sunday. Former NASL star with Minnesota United Miguel Ibarra has been recalled as well along with collegiate All-American at Stanford, Jordan Morris.

Fabian Johnson is back with the squad in his first appearance since being sent home by Klinsmann after the CONCACAF Cup loss to Mexico last month. The dustup drew major headlines for Klinsmann calling out the effort and commitment of one of his best players amid a horrid run of form for the USMNT. Veterans Cameron, Besler and Ream also are back and could be among the first choice defenders for the qualifying campaign.

Should The Revs Resign Jones? 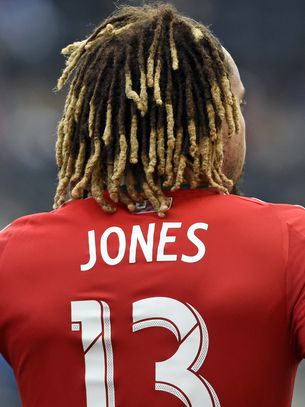 Nick Hemming and Jake Catanese go back and forth on some key issues about bringing Jermaine Jones back on a long term deal, but which side of the debate are you on?

For those looking for Klinsmann to integrate more creative or in-form players into the midfield, Benny Feilhaber, Dax McCarty and Lee Nguyen were not included on the roster. Instead US veterans like Diskerud and Beckerman will likely shoulder starting roles when the US plays it's toughest game at Trinidad on November 17th. Alan Gordon likely takes the spot of Chris Wondolowski as a target player off the bench for Klinsmann late in games over Juan Agudelo and Clint Dempsey.

It's entirely possible that Klinsmann is opting to not include some top players for the game against St. Vincent to give a chance to some younger or fringe players. But as with previous rosters, aside from Nagbe who is getting his first callup after gaining eligibility and citizenship, there is a tremendous lack of a creative midfielder for the US. Michael Bradley hasn't been effective for the US in an advanced role with the US struggling to build possession through the midfield. Beckerman and Jones will be in their late 30s when the next World Cup in Russia rolls around and there is no heir apparent for either player aside from Bradley on the roster. The US have desperately needed a dose of creativity in the midfield, especially against Mexico when Klinsmann deployed a diamond midfield with Jones playing a more right midfield role rather than his usual holding one.

St. Vincent and the Grenadines is ranked 129th in the world currently and has one appearance in the Gold Cup back in 1996. They were eliminated in the second round group phase in the 2014 cycle with a 1W-2D-3L record, finishing third behind undefeated group champion Guatemala and Belize. Trinidad and Tobago, ranked 54th, were one of the darlings of the 2015 Gold Cup, playing to an epic 4-4 tie with Mexico while winning Group C before losing on penalties to Panama in the quarterfinals.

The USA and St. Vincent kick of from Busch Stadium in Saint Louis on November 13th before heading to Trinidad and Tobago for an away game on November 17th.