Boston was surprisingly selected by the U.S. Olympic Committee as their bid city for the 2024 Olympics. A soccer stadium might be in the works if the bid is successful.

Share All sharing options for: Boston Olympic Bid Endorsed by Olympic Committee Could Mean Good Things for the Revolution

Huge news broke last night when the United States Olympic Committee announced that it was tapping Boston to be the city it uses in its bid to host the 2024 Olympic Games. Boston will now contend with Rome, the only other city to put in an official bid, and possibly a cities from Germany, France, and Hungary.

Boston was a shock winner over Los Angeles, San Francisco, and Washington. 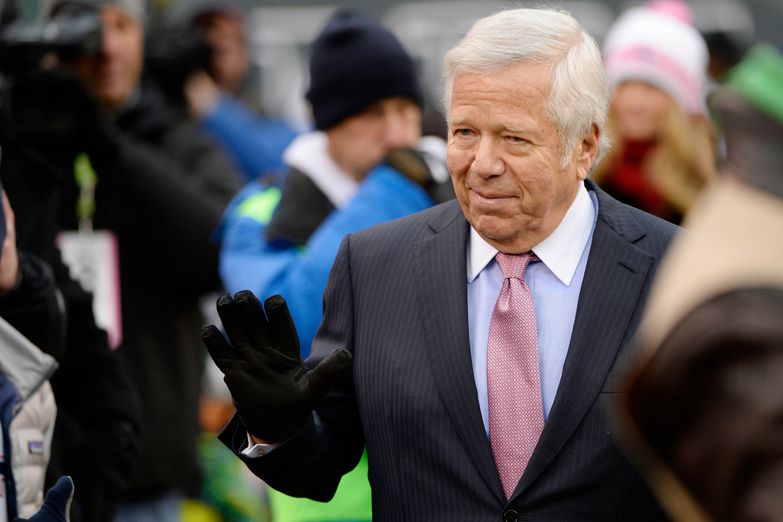 The Krafts and MassDOT have agreed to establish daily commuter rail service to Foxboro by December 2016.

Reasonable minds may differ about whether or not hosting the Olympics in Boston is a good idea. Obviously members of the bid committee are ecstatic, including bid chairman John Fish, who called the selection "the beginning of an incredible opportunity for Boston." On the other hand, ESPN Red Sox analyst Gordon Edes wrote a scathing condemnation of the idea, writing that Boston can't afford it and doesn't need it.

Personally, I tend to come down with Edes on this one. Nobody wants to think about the traffic on 128, the overcrowding on all T lines, and the likely tax spikes that will accompany this move. There is, however, a major wrinkle in this for New England Revolution fans.

Boston Olympics could be the surest ticket to a soccer-specific stadium there is for the Revs.

Brian O'Connell over at New England Soccer Today has a pretty solid breakdown of how the bid and the Frontage Road stadium might be linked, and what that means for the Revs. In short, the skinny is this: the Krafts are a part of the bid committee. The 40,000-seat soccer stadium that would be used for the Olympics would be fit to be downsized to a 20,000-25,000 seater for an MLS club. Sources near the club's ownership have stated that the Revs want a stadium in place within five years, and the Olympic bid will be decided by 2017, so a successful bid by Boston could fast-track the whole process for a stadium.

Basically, it looks as though a successful Olympic bid will guarantee a Boston-area soccer-specific stadium accessible to public transportation for the Revolution. That sounds great, but there are plenty of other worries.

For one, this isn't the first time that a separate vote or event would appear to have influence on a stadium deal. The casino situation in Revere was thought to be a gateway to a stadium at Wonderland, but that fell through, and now it appears any thought of a stadium in that area is dead. One can be forgiven for wondering what would happen to the Frontage Road plans if the Olympic bid falls through.

Secondly, it looks like Mayor Marty Walsh is trying to distance the Olympic bid from a Revolution stadium:

This could easily be posturing on the part of Walsh, trying to keep things separate this early in the process. It certainly doesn't rule out the connection, and with Kraft involved, a much more definitive statement will be required to keep people from assuming a link.

It's too early to tell, in any case. Does the possible connection between the Olympic bid and the stadium change your opinion on Boston 2024?