A report has surfaced out of Portugal hinting that the Revs may be interested in a Sporting CP midfielder, and will be scouting him as part of their partnership agreement.

The New England Revolution will be scouting Cape Verdean attacking midfielder Heldon of Sporting Clube de Portugal (Sporting CP) in Lisbon this offseason, according to a Tweet from journalist Paulo Teixeira that was picked up by at least one Revolution outlet.

The Tweet in its original Portuguese is as follows:

Loosely translated, this basically says that the Revs are visiting their partners, Sporting CP, in Alvalade (sp) soon. They are eyeing Heldon, a product for* the Creole community of Boston.

Soares Move to Italy Still On? 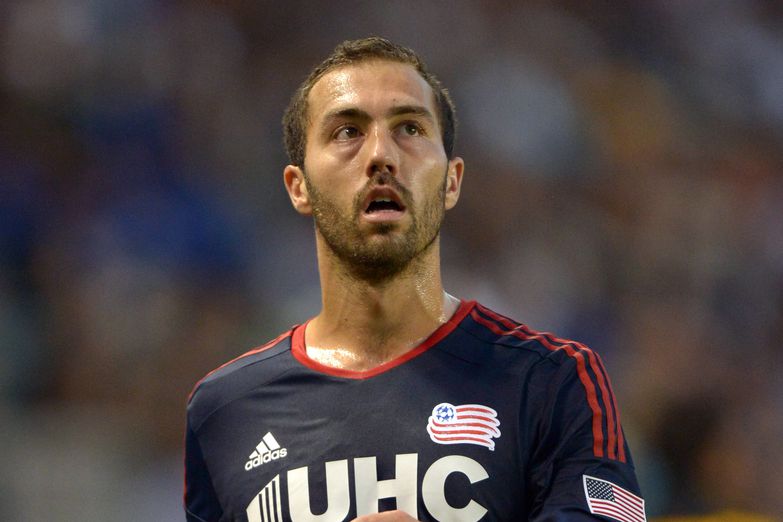 Despite reports to the contrary, Ives Galarcep reports that A.J. Soares' move to Verona is still a go.

Heldon is Cape Verdean, and there is a vibrant Cape Verdean community throughout Boston, the South Shore, and Eastbay Rhode Island.

Most recently, his performances with Maritimo earned him a transfer to Lisbon giants Sporting CP in 2014, where his club career has stuttered. Since the move, he's earned just 12 league appearances in Lisbon, scoring once, including just two appearances and 63 minutes in the 2014-2015 season.

At the international level, however, Heldon continues to find success. He made his debut for Cape Verde in 2009 and has gone on to make 32 appearances, scoring 11 goals. He was the Blue Sharks' top scorer in the 2012 African Cup of Nations qualifying campaign, and was named to their 2013 and 2015 AFCON squads. He scored the winning goal against Angola in a 2013 AFCON match.

If this rumor turns out to be real, this would be the first tangible benefit from the Revolution-Sporting partnership since the clubs signed an agreement last summer following a Portugal friendly at Gillette Stadium. Several obstacles stand in the way.

For one, it's unclear what Heldon's salary demands would be. Transfermarkt has him valued at 3.3 million euros, but there's no reason to think that's a realistic number, and a loan between partner clubs would mitigate that cost. It does not, however, address his salary. We saw with Jose Goncalves' situation that while some loan deals can cut the salary burden for the Revs, future views toward permanence can be fraught with uncertainty.

Also, where does Heldon fit into this squad? As an attacking midfielder, he enters a dogfight with MLS MVP finalist Lee Nguyen, steady contributor Daigo Kobayashi, dynamic attacker Kelyn Rowe, and super-sub Steve Neumann. Even if Jermaine Jones makes a move to defense ahead of next season (let's hope not), that's still a crowded field that will only be occupied by two players.

Then again, the prospect of a midfield triangle with Lee and Heldon staying forward and Jones roaming behind them is pretty tasty from an attacking perspective, isn't it?

This also isn't the first time that Heldon has been linked with a move to the United States. Back in September, there was a report that Sporting KC was interested in his services, though that appears to have fizzled. The piece also hints that he turned down a chance to go to Cluj in Romania at the time, though it is unclear if that remains relevant.