MLS Reveals New Logo, Including a Version for the Revolution

It's the dawn of a new age for MLS as they revealed a new logo that will be personalized for each individual club.

Share All sharing options for: MLS Reveals New Logo, Including a Version for the Revolution

On Thursday, MLS revealed a new logo that is meant to embody the next phase of the league. The silhouette of a foot kicking a soccer ball is gone and in its stead is a simplistic crest that can be personalized for each individual club. Here is the league version of the updated logo, courtesy of MLSSoccer.com: 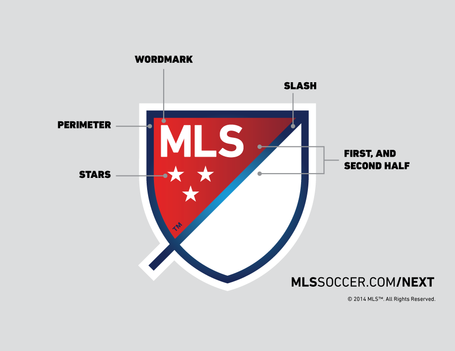 The new logo is full of purpose as the slash represents soccer’s speed and energy as well as MLS’s upward growth. The stars serve as a reminder of the league’s three pillars: "For Club, For County, For Community." The perimeter symbolizes the field of play and the split represents the duality of MLS. One half contains MLS and the three stars while the other is open space meant to remind you of the league’s endless possibilities.

To promote the individuality of each club, MLS has made a custom logo for each team. The personalized logos will have different colors and will be featured by each individual club, including on their jerseys. Here is the New England Revolution’s version of the crest, courtesy of Sports Illustrated:

The aim is to have the new crest fully integrated by the start of the 2015 season, which will be the league’s 20th. The logo is already being displayed in FIFA 15, which will be released in North America on September 23rd.