The Revolution's return from the World Cup break did not go as planned as they lost 3-1 to the Union at home. The loss was, like their last league game against New York, marred by defensive miscues and unforgivably wasteful finishing.

After two straight victories in the Open Cup, the New England Revolution were hoping that their return to MLS competition would be met with similar success. Their hopes were dashed by the Philadelphia Union to the tune of a 3-1 drubbing at Gillette Stadium on Saturday night.

"I thought we should have taken our chances in the first 15 minutes," said Jay Heaps of the first half. "I thought there were probably two chances that we could have finished. And then I thought we were second best, quite frankly."

The two chances Heaps referred to were in the 10th and 13th minutes of the match. The first involved a typically-incisive Diego Fagundez run before the Uruguayan winger slipped a pass to Patrick Mullins in the box. Mullins' initial effort was saved, and both Teal Bunbury and Fagundez had bites at the apple and couldn't finish. The second, in the 13th, involved an excellent Chris Tierney cut-back that Mullins scuffed whilst all alone in the box with the whole goal to aim at. 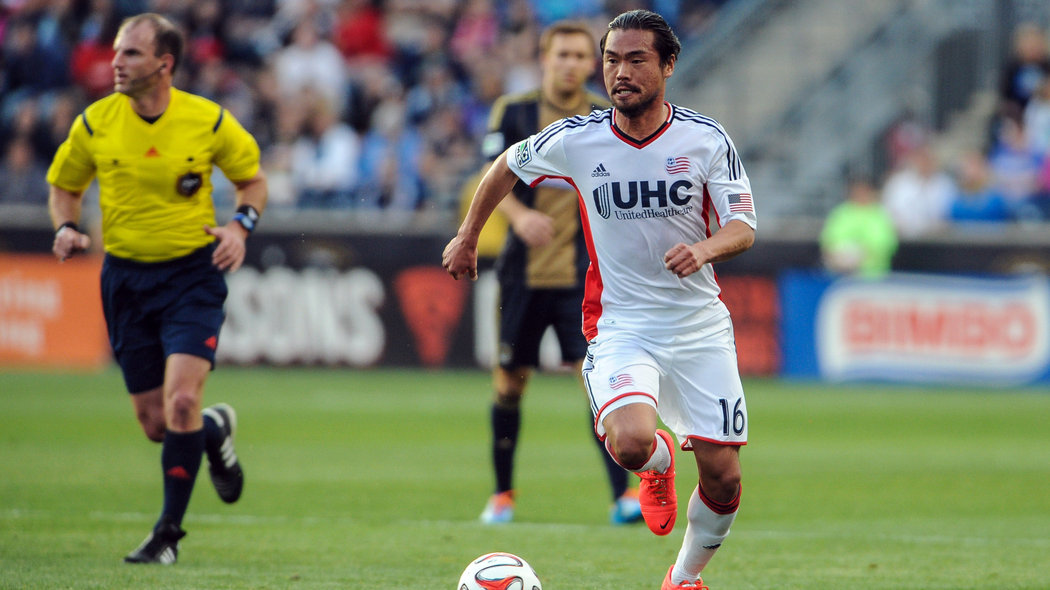 All your pre-match, in-match, and post-match coverage can be found here.

MacMath looked shaky in the early going, but the Revs did wonders for his confidence by flubbing chances and giving him easy saves. Fagundez contributed to MacMath's self-esteem in the 20th minute, when he took a gorgeous Lee Nuyen through-ball on the break and badly mucked up an attempt to chip the ‘keeper, instead just managing to flip the ball up into MacMath's waiting mitts.

"You can say it's an off night, you can say it wasn't our night, but that's the easy way out. I think we had chances to score goals," said Heaps. "Probably three of our best finishers all had cracks at a shot that I would have liked to have seen one of them put their foot on."

Wasteful finishing was not the only story on the night. Philadelphia's first goal was scored in the 42nd minute in a fashion that would leave any coach - or fan, for that matter - fuming.

MacMath launched a long ball from his own box that Conor Casey flicked on in the Revs' half. Jose Goncalves sized it up and then, confusingly, appeared to just dwell on it and let it bounce. Both Cruz and Le Toux were bearing down on him, and when it was too late, Goncalves chose to head the ball at Knighton in hopes that his ‘keeper would collect. Le Toux was there in full flight and simply touched the ball past Knighton for the opening goal.

"I had to speak to my partners in the backline," said Goncalves of the gaffe. "We should speak a little bit more, maybe louder, but it's something that happens very fast in the game. I was a little bit slow to react and the ball was right into his feet. Brad [Knighton] had nothing to do with this goal. It's my mistake and I take the responsibility."

One defensive miscue is forgivable, especially if the team can come back from it. Giving up three goals all on the strength of shoddy defending is not.

Danny Cruz received the ball in midfield and dribbled toward the Revolution goal, cutting to his right. By the time he came within five or ten yards of the top of the box, the defense (and, specifically, A.J. Soares) had backed off of him far enough that he could take his time, pick his spot, and drill an excellent strike into the side netting past an outstretched Knighton.

Sene's goal cut the deficit to one after Kelyn Rowe drilled a low cross past MacMath that the Frenchman tapped in, but again Philadelphia restored the two-goal advantage, and again Soares was caught giving a player too much space. In the 77th minute, Andrew Wenger played a simple pass from the right flank to Le Toux, who was in the box just off the penalty spot, occupying a swath of space between Soares and the midfield. Soares stepped, but it was too late, as Le Toux calmly turned and finished far post.

One positive on the evening was the play of the Revolution substitutes, including Saer Sene, the goalscorer.

"Before [Steve] Neumann came in, I thought [Kelyn] Rowe and Saer [Sene] did a nice job of changing the game and getting us back into it," said Heaps. "After we made the subs I thought those two guys in particular, and Neumann, too, the three of those guys really impacted the game and changed it."

In the end it was much too little and far too late. Musing on the loss, Heaps was quick to place the focus and responsibility on himself and his staff.

"I wasn't happy with, whether it's my preparation, whether we as a staff weren't getting our guys ready, but we had ample chances to score and we didn't."

In all, the Revs finished with 20 attempts on goal, putting eight on target, with just one goal to show for it.

New England returns to action on Friday, July 4th, when they travel to Utah to face Real Salt Lake.