The Revs are at the center of a pair of transfer rumors. Reports are hinting that Robinho could be heading to New England while Rangers might be interested in Bengtson.

The transfer window may be closed, but the rumor mill keeps churning.

The New England Revolution finds themselves at the center of a pair of transfer rumors, though information behind them is a bit contentious. Recent reports hint that Robinho could be set to make the move to New England while Jerry Bengtson might be a target of Rangers FC.

First mentioned by Sky Sports Italia, several outlets are now reporting that the Revs are interested in bringing Robinho to Gillette Stadium. The Brazilian has been with AC Milan since 2010, but he's rumored to be on the move this summer. The Revs join Flamengo, Besiktas and Orlando City SC as possible destinations.

Would Kljestan Fit in New England? 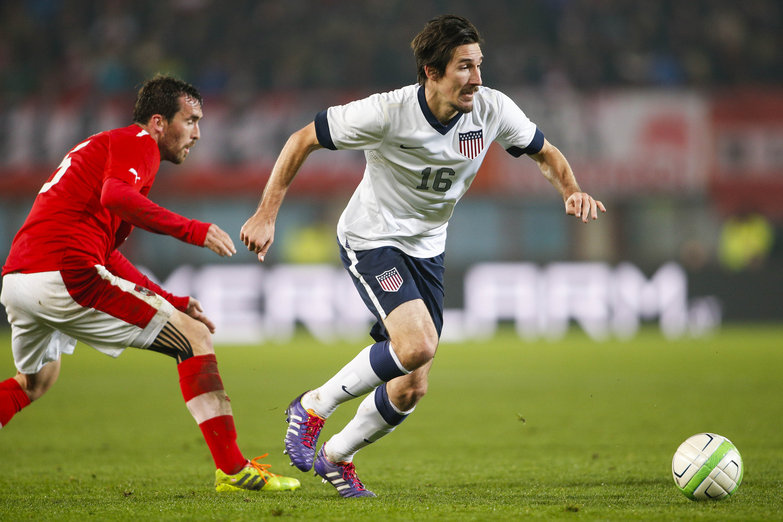 Sacha Kljestan is rumored with an MLS return: would he fit in New England?

Robinho had a dream first season in Serie A as he scored 14 goals to help AC Milan earn the Scudetto. He has struggled since then, however, and was recently left off the Brazilian World Cup roster. The 30-year-old striker has amassed 32 goals in 144 appearances in all competitions with Milan.

Although Robinho would demand a large salary, a move to New England could benefit both parties. For Robinho, the transfer would be a step in getting his career back on track. Additionally, the striker would instantly become a star in MLS, which would surely lead to more endorsement deals.

The quick passing that the Revs currently employ would make Robinho a logical fit. Furthermore, the Brazilian is a clinical finisher who could serve as a mentor for the young Patrick Mullins. Robinho could be used at any of the three striker positions, which would immediately enhance the team's already potent attack.

While Robinho is rumored to be coming to New England, Bengtson has been mentioned as a prospect for Rangers.

Much like the Robinho rumor, this one is vague and may amount to nothing. The talk began when Rangers midfielder Arnold Peralta said that Bengtson would do well in Scotland, though he admitted that he hasn't made the suggestion to his club team. Both players are currently with the Honduras national team prepping for the World Cup.

Bengtson's struggles with the Revs have been well-documented. The designated player has only collected four goals in 34 appearances with the team. The poor form has led to him sometimes being completely omitted from the game day roster. Although he has struggled with his club team, the 27-year-old striker has always been good internationally. Bengtson has scored 19 goals in 41 outings with the Honduras national team.

This isn't the first time that Bengtson has been tied to Rangers. In 2012, the striker was linked to the club in a £2.5 million move, but negotiations ended when Rangers began to encounter financial problems. Rangers are the reigning League One champions and are looking to add pieces that will help them return to the country's highest level.

Bengtson was asked about his club future soon after joining the Honduras national team in Miami. The player stayed focused, however, stating that any decision would wait until after the World Cup.

The Revs' roster currently stands at 29 players, with an open international slot. The club also has a vacant designated player spot.