After entering the 2014 season with a new-look roster, the Breakers will host Houston with an all-new look. What do you think of the team's 2014 home kit? Share your opinion below.

The Breakers have a brand-new look. On Thursday night, the team hosted a Jersey Reveal at We Got Soccer in Foxboro, Mass., presenting the team's 2014 home kit for fans and media members. All 20 Breakers players made an appearance, as well as Head Coach Tom Durkin and General Manager Lee Billiard.

The Breakers will likely debut their home jersey's tonight at 6:30PM at Harvard Stadium in their home opener against the Houston Dash. The game will be streamed live on YouTube and you can read the match preview here.

In 2014, the Breakers will don royal blue from head to toe, with two sleeve stripes completing the modern look. We give the new kit two thumbs up, with bonus points for signing a sponsor with an attractive logo

We want to hear from you! Share your opinion below. 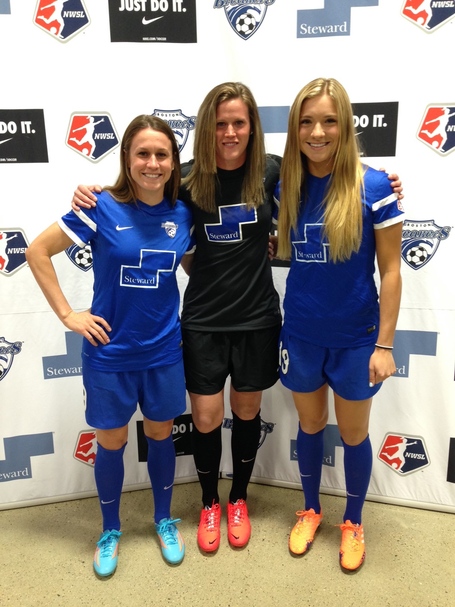