Charlie Davies was crucial to the Revs' winning effort on Saturday night. Jay Heaps clearly agrees, and sees synergy between Davies and Teal Bunbury when they're on the pitch together.

Saturday night's New England Revolution victory over the San Jose Earthquakes was clearly important for a number of reasons: the Revs finally scored a goal, they finally picked up their first win of the season, they managed to do that on the West Coast, etc. It was also Charlie Davies' first appearance of the 2014 regular season, and his impact after coming on during the 62nd minute cannot be understated.

After a long period of inactivity that had fans questioning whether or not he had anything left in the tank, Davies came out and put everyone on notice that he's still got what it takes to play in MLS. He may not have set the world on fire, but he certainly made it look as though any notions of loaning him to Rochester were...premature, at best. Chuck D completed ten of twelve passes, and it was his quickly-taken free kick that almost immediately led to Lee Nguyen's winning goal. 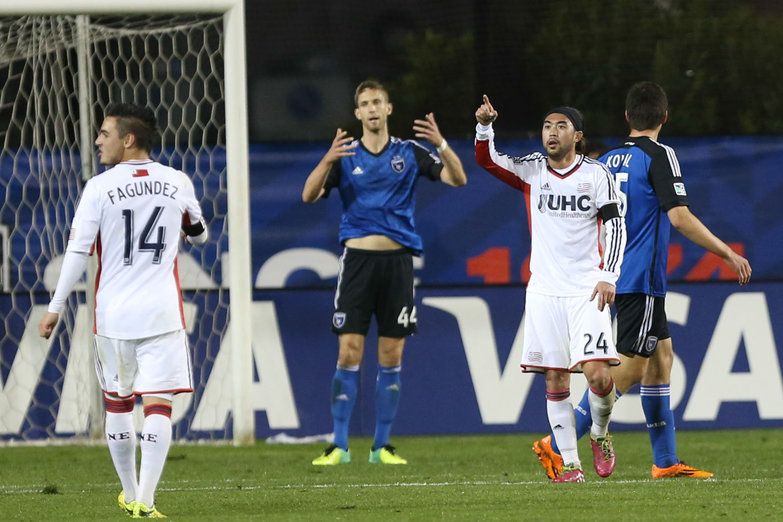 News and Analysis of the Revs' win in San Jose

Then there was this postgame quote from Jay Heaps:

"I think Charlie [Davies] and Teal [Bunbury] have good chemistry. They are pretty close. For them to be on the field together, it showed that they both have ideas. Confidence wise, both of them have really been chomping at the bit to get goals and I think they will get them as they go."

The recent attacking troubles experienced by the Revs certainly have spawned a fair amount of formation and lineup debate, and Saturday's match might just have shown us the way to improvement. No one can doubt that Davies' impact immediately made the Revs look more dangerous, even notwithstanding his efforts to set up the goal.

Perhaps more importantly, Davies appeared to be playing the center-forward role, relegating Bunbury out wide. Honestly, they both looked at home there. Putting Bunbury wide gives him the opportunity to focus on attacking defenses while facing goal instead of holding up the ball. Whether or not Davies could hold up the ball himself isn't clear, but he seemed to move fluidly with Bunbury and Diego Fagundez as part of that attacking trio.

In any case, Davies should be getting more time now that he's clearly healthy and seemed to have a positive impact. If he does, it looks as though it might be a really good thing.