After a season that saw them finally reach the playoffs again for the first time since 2009, the Revolution enter the new season with a great deal of uncertainty. The positives, though, should far outweigh those negatives.

Welcome back True Believers! After an abysmal start last year that left many of us questioning our alcohol intake to a fantastic finish that left many of us questioning our alcohol intake, New England Revolution football returns to challenge your sanity for one more season. We've seen many of the players improve tremendously since last season and the team should be in steadier waters this time around. The coach, Jay Heaps, came on leaps and bounds from his questionable tactics early in the season - buoyed of course by the signing of Juan Agudelo - to lead the team to a final six-match unbeaten streak before losing to the eventual MLS Cup Champions, Sporting KC.

As I am a man who loves to hear the bad before the good... 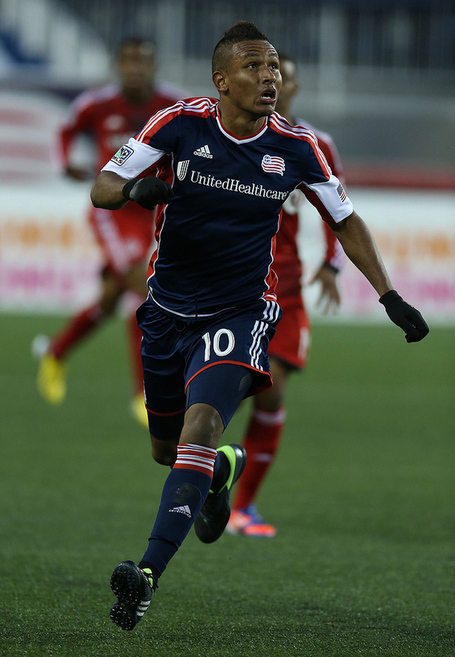 Juan Agudelo. We all knew it would happen, we tried not to get our hopes up about him staying and tried to measure reactions to the constant media reports of his departure. It was known, but it still must be said that Juan Agudelo's departure brings us back to the murky waters of dismal offensive firepower, the dark days of Jerry Bengtson as a barely-scoring DP. While replacements have been brought in, Juan was a combination of speed, power, creativity and goals. It will be very difficult to replicate his influence from last season.

Loss of Matt Reis. Not only is it a shame that he's retired, but the fact that he was forced to retire after a serious leg injury is particularly heart-breaking. A man should decide his own fate, not be pushed into it. Emotionally, I'm between Sam when Frodo asks him to go home and Peter Parker finding Uncle Ben bleeding in the street. Tactically, I have to be optimistic that this will not be a huge loss, as not only has a replacement been brought in with Brad Knighton, but Bobby Shuttleworth has proven more than capable.

Juan Toja is gone. I thought he could have been more. He showed flashes of genius and should have done better, but it was not to be. The team was quicker and more cohesive when he was out and he struggled to adapt to the movement of his teammates for most of the season. Unfortunate for a player with creative instincts that would have been a wonderful compliment to the team. 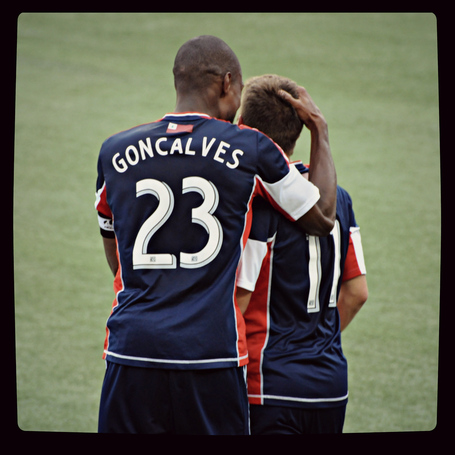 One More Year. The best news is that it's another year to build on what was a surprising playoff year. Jay heaps should know what each player is capable of and what their weaknesses are at this stage, so hopefully the early-season struggles will be a fear rather than a reality. The defense, which was the saving grace of the team when the offense was struggling, should be more familiar with each other as well. Andrew Farrell is no longer a rookie and shouldn't be prone to the same lack of concentration as before (hopefully, fingers crossed), Jose Goncalves is the Gandalf at the bridge of defenders, and Soares and Tierney are as capable as they come.

Bobby Shuttleworth. When Reis retired, I knew that the Revs already had a replacement in hand. Knighton should be disappointed as from what I saw from Bobby last year, he won't stand a chance in the keeper wars. Bobby played excellent when he had his chances at the beginning of the season and I believe many fans will attest to that. When the defense made mistakes, he was quickly off his line to sweep up the ball and there should be a Youtube shrine dedicated to his super saves that held the Revs in games that should have been lost or lost by more.

The Midfield. There's been speculation that the midfield will lose some of the creativity from the departure of Agudelo, as he was known to drop deep and help create at times. This rings unfair to the development of Kelyn Rowe, the tenacity and determination of Lee Nguyen and the intelligence of Scott Caldwell. While there's reason to expect a drop in performance, these players should only get better after playing extremely well in the last half of the season, displaying the quick, possessive ball skills that made the team a menace for opposing defenders.

FEARS FOR THE SEASON 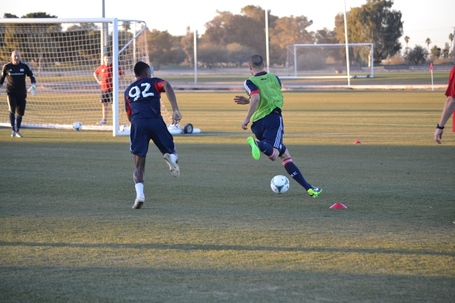 Sophomore Slump. The biggest fear here is that the team starts slow again but this time does not have the chance to make an impact signing that boosts the squad. If the offense is not firing again, and the midfield suffers a slump, we might be back to the position of Dimitry Imbongo red cards and fake Jay Heaps Twitter accounts.

Teal Bunbury and Saer Sene. While I'm confident that Teal will provide more than adequate swagger to the team, the questions loom if he will be able to replace the playmaking and effectiveness of Agudelo. The fear is understood as he's not the most proven of players, but he does deserve the chance to showcase his talent. He should not be judged on the standard of Agudelo, but should be left to make his own mark, hopefully in terms of goals and dancing celebrations. The fear for Sene is the effect of the ankle injury. Will he return the same player? Will he even have the opportunity to fight for a spot by the time he returns?

Jay Heaps. I'm hoping on all things holy that he does not try to over-coach the team, but rather lets them showcase their creativity on the pitch. These players can play. They've shown it. Don't try to shake up what has worked well.