Donnie Smith Still Learning the Ropes at Left Back

Donnie Smith might just be Jay Heaps' newest experiment this season.The Revolution gaffer has been pushing hard this preseason to get the sophomore up to speed at the left back position, a role he feels he's taking to well, especially with the helpful guidance of a seasoned veteran and "big brother" like Chris Tierney.

Share All sharing options for: Donnie Smith Still Learning the Ropes at Left Back

This preseason Donnie Smith logged just over 360 minutes at left back, a position he had little to know familiarity with prior to January. For Smith, the adjustment to the new position is a welcome challenge because it increases his chances of seeing game time in the upcoming 2014 season. And with a backline currently facing an array of injury concerns, his first taste of action may come sooner rather than later. But Smith knows that his education at his new role is far from over.

"Last year was a big transition for me in the midfield, and I struggled a little bit at the beginning of the season. This year coach [Jay Heaps] talked to me before preseason started and said ‘I want to try you at left back and see how you adjust to it'," Smith said at the Revolution's annual Media Day this past Tuesday.

Woodbine Looking to Make An Impact in 2014 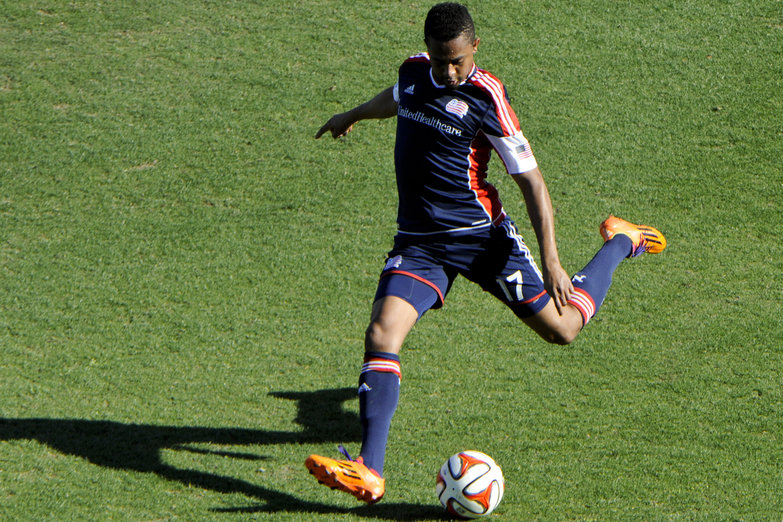 O'Brian Woodbine arrived last season but never had a chance to make an impact. After a busy preseason, he hopes this might his year.

"Offensively I feel really confident going forward... Defensively I'm getting better, [but] it's something that I've never had to do. And it's different than in the midfield because you're the backline so if you get beat then you're toast. So, I'm working on trying to turn my body and chase guys down. I think that was one thing in preseason [that I did well]; when a guy got by me, I was good at recovering, but I want to make it so that I don't need to do that recovery."

Smith isn't alone in his transition, though. He has the support of his coach, of course, but also a seasoned veteran who knows about the transition from the midfield to the backline all too well: Chris Tierney. Smith revealed that Tierney has been helping him along this preseason, making his adjustment to the left back role that much easier.

"[Tierney] has always shown a lot of confidence in me [and] been almost like a big brother to me because when I came in last year we were both left-footed, both kind of similar players. So, he's really taken me under his wing. During games he's constantly talking to me when I'm on that sideline... he's constantly communicating with me and at half time [he is] giving me pointers, that type of thing. So, it's really cool."

Whether his minutes come right out of the gate this weekend against the Houston Dynamo or a little further down the line, Smith isn't getting ahead of himself in regards to what he wants to accomplish in 2014. For starters, he's angling to make the game day squad on a more consistent basis this year.

"Obviously [I want to] try to make the 18 every game, because I think I was on the 18 maybe five or six games last year. So, that's obviously my first goal is to make that 18. And then anything after that, I'd be really happy if I can just get minutes throughout the season, whether it be at left back or left mid," says Smith. "We'll see. But, yeah, [I'm looking to] just get more minutes this year and see where it takes me."