At 31, Andy Dorman hardly seems an elder statesman, but his age puts him in a primary leadership and mentoring position for the Revolution. That doesn't mean that he won't be fighting with incumbent midfielder starter Scott Caldwell for every minute of playing time in 2014.

Share All sharing options for: Andy Dorman Provides Revolution With Leadership as Well as Hunger in Midfield

The retirement of goalkeeping stalwart Matt Reis has left Andy Dorman as the de facto team elder, a fact that seems laughable considering the former Welsh international is only 31 years old.

Dorman himself chuckled at the notion of being an "old timer," saying that he doesn't feel any different from last year. A major reason why Dorman doesn't feel any additional pressure is because of the young experience around him.

"There's plenty of guys who have been around as well for a few years: Chris, Darrius, A.J., all the guys," Dorman explained. "There's a lot of MLS experience in the locker room anyway. The way the season went last year, I think everyone has learned a lot." 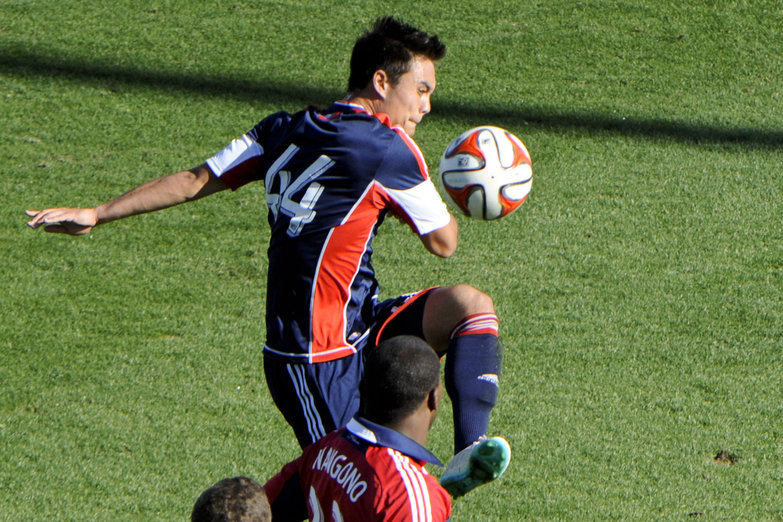 While Dorman might downplay his role as team senior, he also recognizes that he has a lot to offer in the way of advice. The former St. Mirren and Crystal Palace player has already talked with the Revolution's rookies to help them understand what it's like to be a professional and represent New England.

Dorman played a similar role last year as he helped mentor homegrown product Scott Caldwell. Although the two players fought over playing time, the competition was always healthy and beneficial.

"Scotty's a really good player," Dorman said. "He had a great first year last year. He obviously talks to me about playing and the experiences I've had. Hopefully I can help him out. Obviously, he's kind of the future of the Revs."

Dorman can contribute more than advice as he showed towards the end of last season. Dorman started the final two games of the regular season, as well as both playoff games against Sporting KC. During this run, Dorman organized the midfield while chipping in a goal and an assist.

The 2014 season will start the same way that 2013 ended as Dorman is once again entrenched in a battle over playing time. The Boston University product isn't worried about getting minutes because the season is long and he offers a different set of skills than Caldwell.

"I can play with Scotty as well," Dorman pointed out. "I think we're different sorts of players, different attributes. Hopefully with the different games that are coming up in the season, we'll be used in different ways."

Dorman is hopeful about the 2014 season because of the experience that the squad gained last year. The taste of the playoffs will serve as a motivator for the players-both young and "old."

"I think the main aim is to get back into the playoffs," Dorman reflected. "Obviously, we've got a young team, more young players coming in. At the same time, the guys that played a lot last year-around the age of 21, 22-a year older is year better for them. A year more experience. They got a taste of the playoffs and I'm sure they want to get back there next year."