Revolution vs. Union 2014: Know Thy Enemy

The Revolution face the Union on Saturday night. We caught up with Brotherly Game to learn more about the team ahead of the clash.

Share All sharing options for: Revolution vs. Union 2014: Know Thy Enemy

There's nothing like another match to erase the horrid taste of a blowout defeat. The New England Revolution will have that very opportunity on Saturday night against the Philadelphia Union when they travel down I-95 to PPL Park for the second round of the 2014 season.

Today's Q&A is with Eugene Rupinski of Brotherly Game, SB Nation's Philadelphia Union Blog. The return feature can be found there. 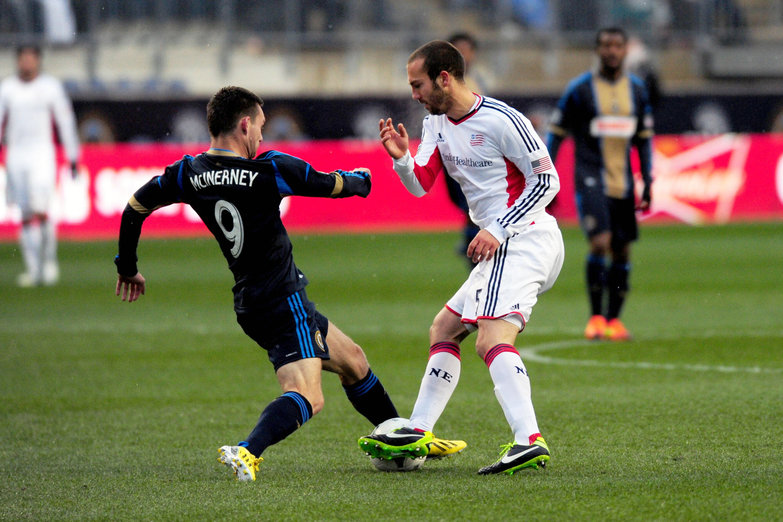 TBM: So last season wasn't really everything you guys hoped it would be, but the Union was still right in it until the end. What are the expectations this season in Philadelphia?

ER: This city always expects its teams to compete, and the Union are no different. The fans expect nothing less than a return to the playoffs. Last year and the year before, it was "We are cleaning up Peter Nowak's mess." That has now been all cleaned up. All of the contracts are paid off, and all of the guys are here because John Hackworth wants them here. If this team doesn't make the playoffs, it is squarely on Hackworth.

TBM: Jack McInerney was on fire in the first half of last season and then fell off horribly. This year, he's set himself a 20-goal target. Do you think he'll get there?

ER: Absolutely. The problem last year was the lack of service from the midfield. This year, Jack should get plenty of service from Sebastien Le Toux, Vincent Noguiera, and Cristian Maidana. He will also not have Conor Casey up top with him this season - this will be a double-edged sword though. While he will not have to share service with the big man, he also won't have him to play off of as they did so often last season. But Jack has the talent and grit to score 20 and I think he'll hit that target this year.

TBM: Philly had some serious turnover in defense and midfield, and now you're staring at guys like Austin Berry, Maurice Edu, Vincent Nogueira, and Cristian Maidana. Which of these acquisitions are the most exciting, and how did they gel in the season opener? Who among the departures do you miss most?

ER: While others might gravitate toward Edu, I think it's Noguiera that will prove to be the most exciting. The former Sochaux captain seemed to be the crux of the Union's attack against Portland, feeding a lot of dangerous balls to Maidana, Le Toux, and McInerney. I think this will only improve as the season wears on. As far as departures go, I think you have to go with Jeff Parke. You don't just lose a guy with Parke's pedigree and not feel the impact. While we feel confident that Austin Berry will fill in admirably and that Ethan White has a lot of potential, there's no discounting the fact that losing Parke hurt.

TBM: Give us an under-the-radar player Revs fans should watch out for in this match.

ER: Austin Berry really impressed me during the opener. He was the wild card - we knew what to expect from everyone else on the pitch, but Union fans did not get much of a chance to see him during the preseason. He has huge shoes to fill. Philadelphia has had top quality center backs in their history - Carlos Valdes, Baky Soumare, Jeff Parke, Amobi Okugo, and The Captain Danny Califf - and Berry showed (at least in the first match) that he belongs in that conversation. I think as Berry's fortunes go, so will those of the Union.

TBM: Finally, let's have your projected starting XI and a scoreline prediction.

I think the Union looked very good last week against a team on the shortlist to win silverware this year, so I think they get win in front of the home crowd this week 2-1.