Protection from Expansion Draft a Reward for Shuttleworth's Solid Season

After five years as a backup, Bobby Shuttleworth has finally become a first-choice MLS goalkeeper.

Share All sharing options for: Protection from Expansion Draft a Reward for Shuttleworth's Solid Season

While he might wear the number 22, there’s no question that Bobby Shuttleworth is now number one for the New England Revolution.

Matt Reis’ retirement at the end of 2013 left a large void at the goalkeeping position. Shuttleworth was the apparent heir having served as Reis’ backup for five seasons, but head coach Jay Heaps insisted that there was an open competition after reacquiring Brad Knighton. The two netminders split time during preseason but it was Shuttleworth who stood between the pipes on opening day. 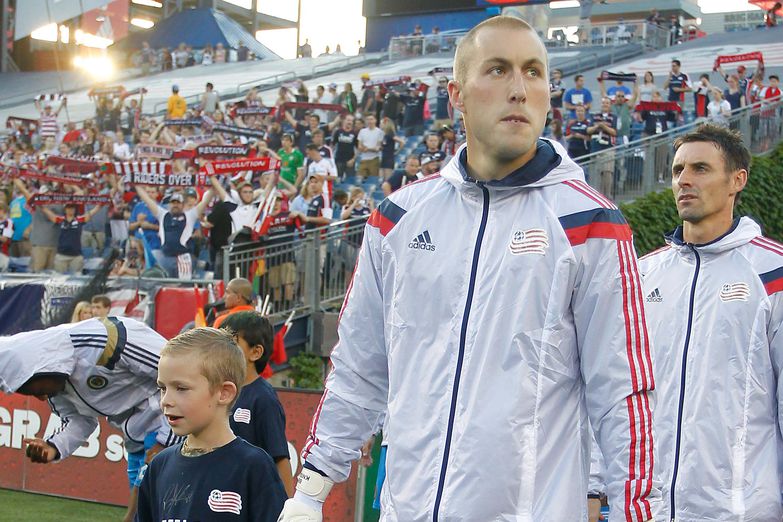 The Revolution have re-upped with their backup goalkeeper.

Early opinions on Shuttleworth were split. Some pointed out that he struggled with shots from distance and that he had a tendency to give up rebounds. Others argued that the Buffalo native just needed time to settle in. Over the course of the season, Shuttleworth won over many of his doubters by showing continual improvement.

"Bobby came in and had a great attitude," Reis commented ahead of MLS Cup. "I really saw him grow. It takes a while for a young goalkeeper to not only get over the physical rigors of a season but also the mental rigors of it. He’s been through a lot."

By the time the 2014 playoffs came around, Shuttleworth had fully established himself as starting quality. Although he never collected a postseason shutout, he did make several huge saves at critical moments.

With the game hanging in the balance, Shuttleworth tipped Ibrahim Sekagya’s header over the net in the 74th minute of the second leg of the Eastern Conference Final. Shuttleworth was again called into action in the 79th minute, this time charging at Thierry Henry to block the Frenchman’s shot.

Even though his team would ultimately lose, Shuttleworth made some important saves in the MLS Cup Final. The most impressive of Shuttleworth’s four saves came in the 70th minute when denied league MVP Robbie Keane.

Shuttleworth was rewarded for his strong season by being named as one of the eleven protected players ahead of the Expansion Draft.

"I think he solidified himself as a number one in this league," General Manager Michael Burns told Tom Quinlan of the Pitch Invaders Podcast. "He’s worked very closely to Remi [Roy, goalkeeping coach] to improve his game each and every year. He won the starting spot."

While Shuttleworth can be satisfied with the body of work he put together during his first full season as a MLS starter, the best could be yet to come.

"Goalkeepers tend to get better with age and with experience," Burns remarked. "All the experience that Bobby garnered this season, we feel, is going to be helpful for him down the road and hopefully he’ll be in New England for the foreseeable future."