The Revolution have struggled on set-pieces during the Heaps era, but recently they seem to have figured out the formula, and it could be enough to propel them through the playoffs.

It's no secret that the New England Revolution have struggled to threaten from set-pieces in recent years. In 2012 and 2013, teams realized that they could foul the Revs off the pitch in the final third to break up their attacking rhythm, because the chances of the Revs scoring from the ensuing dead ball opportunities were slim to none.

Since July 30th, New England has gone 11-2-2 (including the playoffs), scoring 30 goals in the process. Of those 30 goals, eight resulted from set pieces. 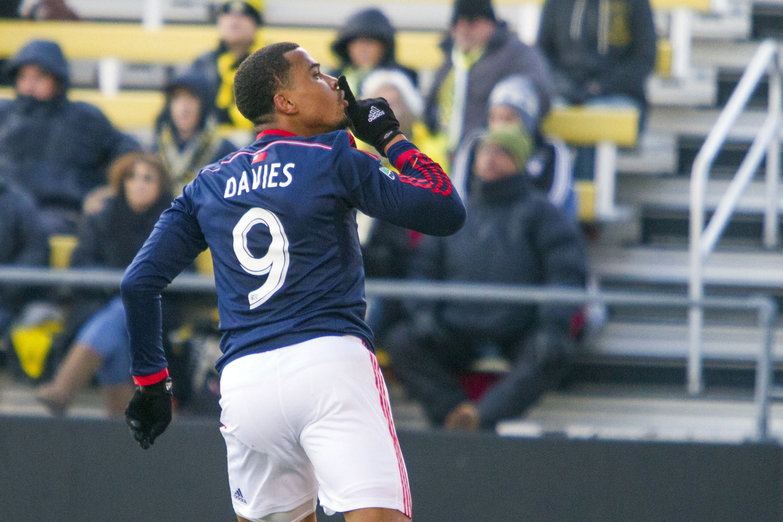 A quick note on methods: I defined "set piece goals" as goals occurring directly from, or due to the immediate influence of, a set piece. So, obviously a direct free kick would count, but I also looked at goals that started as set pieces, but maybe took a few touches to end up in net, or would not have occurred but for a player being in the position where the set piece placed him (Lee Nguyen's winner against Houston is a good example, as Darrius Barnes was in position to set up the goal because of a set piece). A goal occurring one or two passes or touches after a throw would also qualify.

The number isn't staggering, but it's enough to make teams respect the Revs in dead-ball situations. The variety in of methods the Revs have employed to score these goals is also impressive in its own right, including two throw-ins and two direct free kicks.

You simply cannot understate the importance of threatening on set pieces. For an attacking team that plays on the floor and lives on the counter - the Revs, in a nutshell - the most effective way to protect your skill players from being beaten and hacked in the final third is to punish the opposing team on the scoreboard.

Last Saturday's win against Columbus featured two set-piece goals, one direct free kick and one indirect free kick. If the Revs want to advance beyond this round or the next, they'll need to maintain their recent set-play form.

EDITOR'S NOTE: I only just saw that Brian O'Connell wrote an excellent piece for ESPN Boston about the Revs' set piece successes. Total coincidence. Check it out.