The Revolution earned their first-ever victory at Red Bull Arena, taking down New York 2-1. That gives them two away goals going into the home leg of the Conference Finals series.

The New England Revolution had never won at Red Bull Arena. They had coughed up a 1-0 lead last time they were in Jersey despite being a man up, and lost 2-1. Even though they'd just manhandled Columbus in the last series, it was tough to call them favorites on Sunday in Harrison.

Teal Bunbury and Jermaine Jones decided it was time for a change. On the strength of their goals, the Revs earned a 2-1 victory at Red Bull Arena, and will now carry two away goals and a one-goal advantage to the return leg at Gillette Stadium. Bradley Wright-Phillips scored the home team's tally.

Who Will Be the ECF Impact Player? 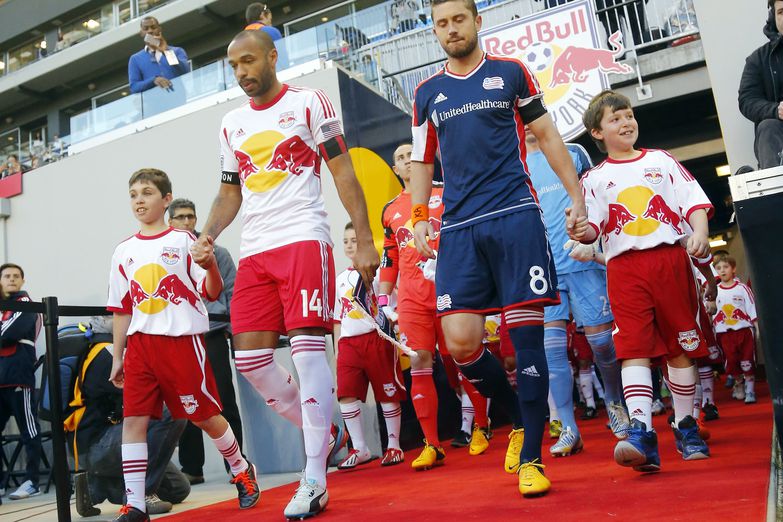 Fill in the Blank: Who's gonna make the biggest impact in the next two games?

In a match that could only be described as "wide open," both teams traded chances early. Luis Robles was forced into a great save on a Jones effort in the 4th minute, before Bobby Shuttleworth had to be at his best to prevent Lloyd Sam from connecting three minutes later.

Bunbury opened the scoring in the 17th minute. He executed a deft step-over and ended up all by himself at the top of the box. The ball was on his left foot, but Bunbury had time to line it up, and he launched a whipping, bending shot inside the far post and past a despairing Robles.

New York drew level in the 27th minute, though. A hustle play from Ibrahim Sekagya got the ball to Ambroise Oyongo, who played a great through-ball to Peguy Luyindula. Thierry Henry's dummy contributed, but really it was a defensive lapse that allowed Luyindula in for a one-on-one on Shuttleworth. Bobby made the save, but Luyindula followed up from the ground, and his effort hit the crossbar before deflecting back to Wright-Phillips' head, who didn't miss from mere feet away.

The Revs took it away near the end of the match, though. In the 86th minute, they finally found themselves out on the break for really the first time in the entire match. Chris Tierney's excellent touch released Lee Nguyen, who drove into the heart of defense before slipping a sublime pass to Bunbury. Bunbury drew out Robles, then slipped the ball across to Jones, who crashed the far post and put it away for the win.

New England will be back in action next week on the 29th at Gillette for the second leg against New York.