Michael Bradley to TFC is not the Best Move for You, But You are Not Him

USMNT standout Michael Bradley is heavily linked with Toronto Football Club. Social media is panicked at this possibility. Yet this decision does not ultimately affect you. It only affects Michael Bradley, so it is time to back off, take stock, and stop trying to live his life for him.

Share All sharing options for: Michael Bradley to TFC is not the Best Move for You, But You are Not Him

I will never play at the top level of professional soccer. Every now and then this notion strikes me and it only takes a few minutes for me to come to grips with it. I still play a few times a week, but I am not the fastest or best skilled player out there. A lot of this has to do with the fact that, despite the baby-face, I am 34 years old. The forces of time and more importantly reality have long since vanquished my dreams of going to Europe. Instead, I now live vicariously through the lives of 20 year olds.

The man who once only played for the USMNT because of nepotism is now the best field player on the team.

Amongst that group of players, the one that I most want to be is Michael Bradley. The man who once only played for the USMNT because of nepotism is now the best field player on the team. He's a hard-nosed box-to-box midfielder, but also a smooth passing, possession controlling midfielder. It's odd. If you had told the 20-year-old me that when I turned 30 I would be looking up to someone nearly 8 years my junior, I would have been flabbergasted. I always thought I'd outgrow the notion of "wanting to be like Mike." - who in my youth was Jordan. Yet here I am doing just that. The only difference is the Mike I want to be like is a soccer player named Bradley.

Major League Soccer was barely a blip on my soccer-self at 20. Due to that, I would have been dumbfounded that someone playing in perhaps the most technical league in the world, Serie A, was being linked to Major League Soccer. I would have labeled him a coward, a failure, a flop, a bust, as most people did when Landon Donovan first returned. However, I am older - though maybe not wiser - now. I have a wife, I have three kids, I have a job I like. In that, I am lucky as most people work jobs that they deplore and despise. Nevertheless, despite loving what I am now, I still live metaphorically through Bradley and other younger soccer players.

I podcast. I blog. I play dress up in New England Revolution, QPR, Pensacola City FC, and USMNT jerseys on game days. This, after all, is the only acceptable time for grown ups to play dress up and make believe that we too are part of the team. I want my players to do what's best for me, not necessarily for them, on game day. When I tweet during games, I am over explosive, hypercompetitive, and the smartest man in the world - at least in my own mind. However, that is during the game. Now, nearly halfway to 40, I can take a step back and look at things through a new perspective. Perhaps my vicariism has grown and changed too.

I'm sure Michael Bradley, like most of us, enjoys competition. Is the competition in MLS at the Serie A level? That may be debatable due to the parity party. I'm sure Michael Bradley enjoys testing himself against and playing with some of the best competition in the world. Is there a step-down quality-wise from Serie A to MLS? That's not even debatable. Of course there is! This is what drew the ire of many, typically speaking USMNT supporters - generally Eurosnobs if you will - on social media. Yet, unlike many of those young supporters who are attempting to live vicariously through him and are furious at him on social media, he has a wife and a child. 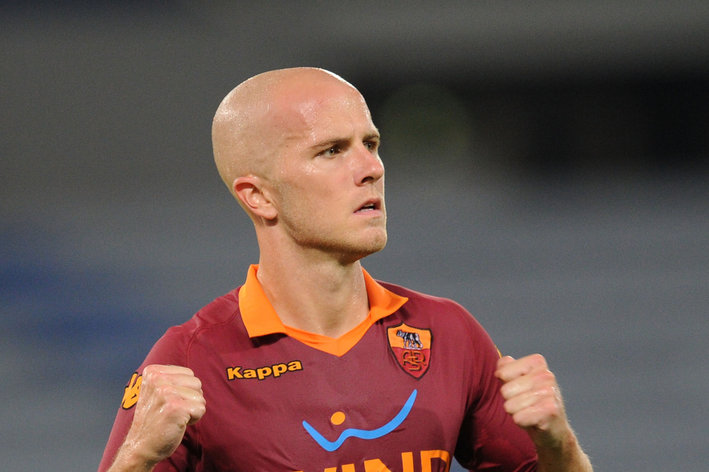 Sometimes it is hard for us, the supporters and fans, to realize that playing soccer is a job. It is a job that only lasts for so long. It is a job that can end in a moment due to the breaking of a leg, the tearing of an ACL, or the arrival of a younger more talented version of you. This is why players join teams that do not suit their playing styles (i.e. Jozy Altidore and Fernando Torres). This is why older players join MLS (i.e. Thierry Henry and David Beckham). They are not trying to pad their stats, rather they are trying to pad their bank accounts for the long, long time after their inevitably short careers.

But frankly, and as unfortunate as you may believe it is, this is a good move for Michael Bradley, and he knows this, because he is living AS Michael Bradley not vicariously through him.