The Revolution lost a match they really should have won on Sunday night. The following is the team's official press release on the match since most of TBM's staff was in the stands for the game and unable to take care of the usual recap.

Toronto FC used a second-minute goal from Matias Laba to claim a 1-0 win against the New England Revolution at Gillette Stadium on Sunday night. 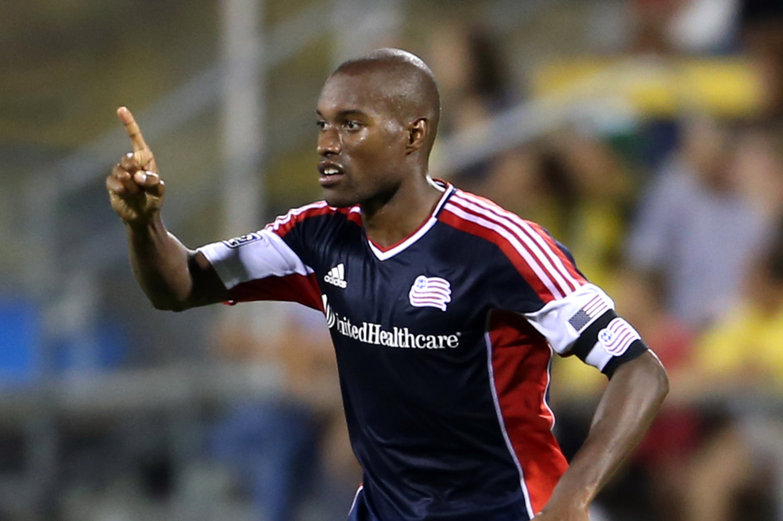 Jose Goncalves' loan deal contains a pre-negotiated option to buy. The Revs would be wise to exercise it sooner rather than later.

Laba staked the Reds to the early advantage, capitalizing on a Revs' defensive miscue and stripping a New England defender near midfield to sprint toward goal. Revs defender Stephen McCarthy committed to the tackle at the edge of the 18-yard box, but Laba cut back and went in clear on goalkeeper Bobby Shuttleworth. He beat Shuttleworth one-on-one, but while Revs midfielder Scott Caldwell streaked in to disrupt the shot, Laba got on the end of the loose ball and slotted it home for a 1-0 Toronto FC lead.

The Revolution, which had two shots cleared off the goal line by the TFC defense in the first half, controlled the game throughout and had several chances to equalize.

The Revs had their first chance in the 13th minute when Dimitry Imbongo picked up a long bending pass down the sideline from Juan Toja and streaked toward goal. At the end line, he turned and sent a low ball back through the goal box, but Bendik palmed it into the oncoming path of Diego Fagundez and the 18-year old's right-footed shot was blocked by Ashtone Morgan on the goal line to prevent the equalizer.

Bendik came up big again in the 17th minute when he stopped a Lee Nguyen first-time volley off a Saer Sene pass. Nguyen let loose from the top of the box with his right foot, taking the ball off the bounce, but the goalkeeper stood for the save to again prevent a Revs goal.

The Revs had an entertaining series in the 34th minute that nearly leveled the game. The play started with a simple one-two interplay between Sene and Andrew Farrell down the right wing. Farrell came away with the ball and advanced toward goal, but a pair of defenders closed down on him and disrupted his pass. He was able to get on the end of the bouncing ball and over-head kicked it into the area to Imbongo, who rose up and chested Farrell's pass to Fagundez. His shot was cleared off the line by Richard Eckersley, but was cleared back to Farrell on the right wing, who found Caldwell outside penalty arc. Caldwell's shot from distance was blocked, but fell to Chris Tierney lying deeper on the left wing. Tierney then launched a longer-distance shot that was on a line, but inches high of the goal and Bednik's out-stretched hand.

The Revs had another chance in the 42nd minute when Imbongo's cross from the right side was just deflected by Bendik's reach. The ball landed at Sene's feet on the far post and the Frenchman shot with his right foot into the open net, but mis-fired and found side-netting, again unable to notch the equalizer.

At the half, the Revs had out-shot Toronto 10-3, but Laba's goal still stood as the difference.

While the Revs continued to maintain a decidedly strong edge in possession in the second half - 64.6 to 35.4 - they only managed seven shots - one of which was on target. However, after switching to a 3-4-3 formation in an attempt to find the tying goal - by removing McCarthy and inserting forward Chad Barrett - the Revs pushed, but continued to find a congested TFC defense.

In the game's dying minutes, Fagundez had one final go. Off a free kick on the right sideline - after Barrett was tackled near his face - Nguyen found Fagundez rising up at the far post. Fagundez's header beat Bednik, but clipped off the crossbar and the final whistle came moments later.

The Revolution returns to action on Saturday, Aug. 10, when the team travels to face Sporting Kansas City at Sporting Park. Kickoff is set for 8:30 p.m. ET, and the match will be broadcast live on TV by Comcast SportsNet and on the radio by 98.5 The Sports Hub.