It's our final post of all the information you'll need heading into the Gold Cup, like Belize is coached by a US scout, the Belize federation president wants to embarrass the hosts, Costa Rica is really good and out for revenge and Cuba is a real mystery. And there's some other team...

Coach to Watch - Ian Mork (USA) - I bet you didn't know Belize is coached by an American? Well, they are by Kansas native Ian Mork, who also works part time for US Soccer as a scout. SI's RJ Rico has a article about the coach as well as a local view from Kellis Robinett from the Wichita Eagle/Kansas.com. Plus Mork spoke to MLSSoccer.com about why his players can make it in MLS. 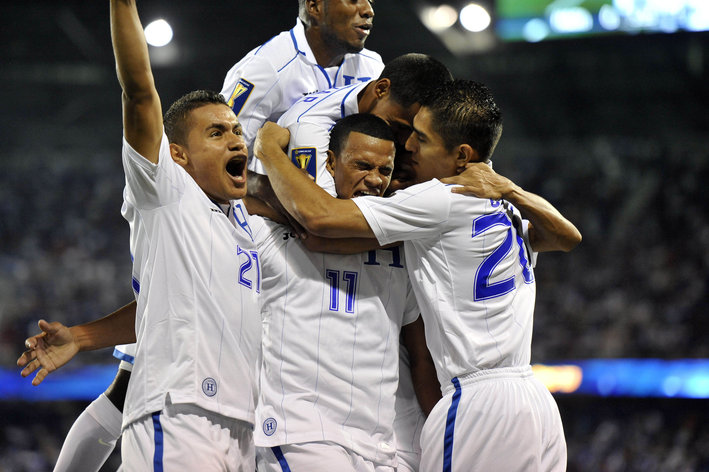 All of The Bent Musket's CONCACAF Gold Cup previews, recaps, and analysis for the 2013 tournament.

Player to Watch - FOR Deon McCaulay (26 Int'l caps, 16 goals) - Considering the rest of the team has a combined 11 goals, I think it's safe to say McCaulay is Belize's best offensive threat. Had a trial with the Portland Timbers at the beginning of the 2013 season.

Tournament Outlook - For a team that only has two professional soccer players on it, the Belize soccer federation president sure is confident. He wants to embarrass the USA in their first ever Gold Cup game. How about aiming for smaller goals, like scoring at least once or maybe drawing Cuba?

Player to Watch - Alvaro Saborio (FOR Real Salt Lake, 85 Int'l caps, 30 goals) - One of the most dangerous players in the region, his goal scoring exploits are well known to MLS fans. He might have another MLS man in the Columbus Crew's Jairo Arrieta as a strike partner for the tournament.

Tournament Outlook - They're in form, sitting in second place in The Hex, and shouldn't really be tested until the USA match to end the group. Anything short of a semi-finals berth would be disappointing, and a potential rematch with the USA would loom in those semifinals. Two cracks at the USA in the span of barely a week. Something tells me Costa Rica would sign up for that. As long as there's no snow.

Tournament Outlook - In their previous six tournaments, they've only made it out of the group stage once. Their recent run in the Caribbean Cup and in youth tournaments shows they have some talent, but with so many players defecting to the United States, as our resident Rhinos/Cuba beat writer Brendan Doherty detailed, and hardly any players gaining experience outside the country, it's difficult to judge the strength of the Cuban national team. Regardless, they're likely overmatched against the regional giants in this group and a second trip to the quarters seems unlikely.

Player to Watch - Stuart Holden (MID Bolton Wanderers, 20 Int'l caps, 2 goals) - Just seeing him back on the field after missing so much time from injury. Looked lively coming on to start the second half against Guatemala, a few more performances like that and Holden should be a lock for the remainder of The Hex.

Tournament Outlook - To say they're the favorites would be an understatement. They've arguably brought the most talent to the Gold Cup despite the number of back-ups and fringe players in the squad, first teamers, DaMarcus Beasley, Landon Donovan, and Holden notwithstanding. Head Coach Jurgen Klinsmann wants to win this tournament and I have a feeling the players do as well, their 6-0 pasting of Guatemala proof of their intent heading into the Gold Cup.

First meeting between these two since the Snow Clasico? Top two teams currently in The Hex? Do we really need to go any further about why you NEED to watch this game? Work commitments (outside of TBM) will sadly keep me from making the short trek up to "The Rent", and please don't mention that to me, it's a sore subject.

The USA and Costa Rica should have already locked up advancing to the knockout stages before their final match so all they should be doing is fighting for position in the quarterfinals. Second place in Group C plays the winner of Group B, while the winner would likely have a much easier road playing one of the two third-place teams. As for Cuba and Belize, they'll likely face off in nothing more than a friendly in the first game at East Hartford, but a lively draw could do both teams a world of good going forward.