It's the start of Group B on the 2013 Gold Cup and our crack research staff returns with information on potential CONCACAF Cinderellas El Salvador, Haiti and Trinidad and Tobago, as well as regional power Honduras.

Share All sharing options for: Gold Cup 2013 - Group B Primer

Player to Watch - MID Osael Romero (74 Int'l caps, 16 goals) - The 27-year old leads the roster in both appearances and goals and briefly had a loan spell with Chivas USA in 2010. He has several impressive international games to his credit with five career braces including against Trinidad and Tobago in the 2010 WCQ cycle and against Costa Rica in the 2009 Gold Cup. 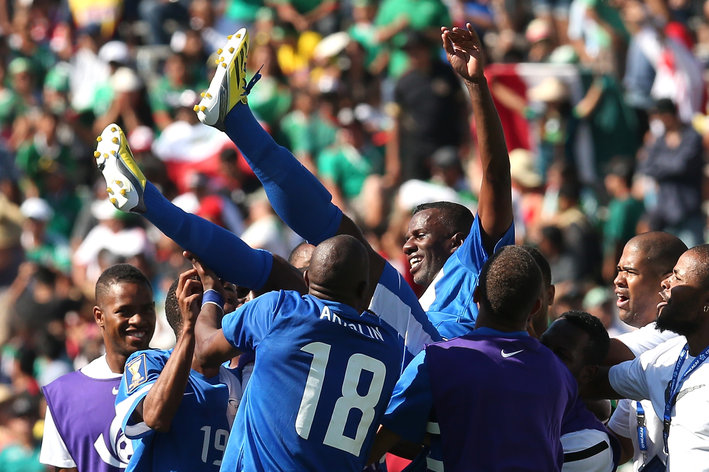 Group A became the Group of Upsets on match day one as Martinique and Panama pulled out stunning victories over Canada and Mexico, respectively.

Tournament Outlook - This is not a team that is no stranger to the knockout rounds, including a quarterfinals loss to Panama in last year's tournament on penalties. While they'd be a surprise to make the semifinals, there is opportunity for El Salvador to make some noise behind Honduras in a wide open Group B.

Player to Watch - FOR Peguero Jean Philippe (26 Int'l caps, 21 goals) - If the name sounds familiar, it's because Philippe played with three MLS clubs from 2003-2008, including an 6 goal season in 12 MLS appearances with the Red Bulls in 2006. He also recently scored in a friendly against Italy that ended in a 2-2 draw.

Tournament Outlook - Somehow Haiti has been sneaking up the FIFA rankings, which sure don't mean much, but for a country still recovering from a devastating earthquake, qualifying for three Gold Cups in a row should be something to be proud of. Their inspired performances in games against Spain, and 2-1 loss and the draw vs. Italy should give this squad a much needed confidence boost leading into the start of group phase. If you're looking for a semi-final sleeper, this team might not be a bad pick.

Player to Watch - DEF Osman Chavez (47 Int'l caps, 0 goals) - The imposing center back is the only defender on the roster that currently plays overseas (for Poland's Wisla Krakow) and for a team that will probably be in a lot of close games, Chavez is going to have to keep his team organized to advance.

Tournament Outlook - This is not the same, usually dangerous team we've seen from Honduras during The Hex, but it should still be good enough to win this group going away. It's not a deep roster based on international experience, especially past the projected first team. With Jerry Palacios and Roger Rojas the only two strikers on the roster with international experience, they'll have to shoulder the scoring and help keep some of the pressure off the rest of the young team.

Player to Watch - Keon Daniel (MID Philadelphia Union, 56 Int'l caps, 13 goals) - The active midfielder for the Union has had great success with T&T in the past, especially as a set piece taker. He scored four goals during qualification for the Caribbean Cup, including a hat trick against Anguilla.

Tournament Outlook - For a team that qualified for a World Cup in 2006, their recent results have been less than promising. They were bounced from World Cup qualifying in CONCACAF second round in a group featuring Guyana, Bermuda and the Bahamas. Not exactly murderers row in CONCACAF. Their run in the Caribbean Cup wasn't that impressive either, advancing to the final on PKs after drawing Martinique in the semis and going 1-1-1 in the group stage. It's a wide open group but I think T&T will be on the outside looking in of the knockout rounds.

If T&T wants to get out of the group, they're going to have to handle their Caribbean counterparts in this one. That's not going to be easy, not because Haiti is in good form, but because large Haitian population in the area should give Haiti home field advantage. With T&T's last group game against favored Honduras, they'll need all the points they can get before that match.

Honduras should be able to go through the group stages no problem, but after that, it's a crapshoot. I'm going to predict three teams make it out of this group, mainly because I could see a third place team with just two points escaping from the tiebreaker. If you're looking for the best "wild card" race, this group should be chaotic in the middle of the table.