The injury report is light, but plenty of intrigue has developed with the return of Kevin Alston from the disabled list. Who do you think they should run out?

Share All sharing options for: Revolution vs. Rapids 2013 Lineup Projection: Will Alston Return?

The New England Revolution have two road matches in the next four days - and this one just four days after their last match - and will have to be extra-careful about keeping fresh legs before Saturday's match against Columbus. The Colorado Rapids won't be pushovers, though, and anything less than a full-strength lineup could result in disaster.

Juan Agudelo is the only player out due to injury, but Dimitry Imbongo is also missing due to suspension. Jay Heaps also has to deal with the possibility that Saer Sene and Chris Tierney (both questionable) won't be able to start or go the distance, which could throw a wrench into his lineup.

Revs vs. Rapids: Know Thy Enemy 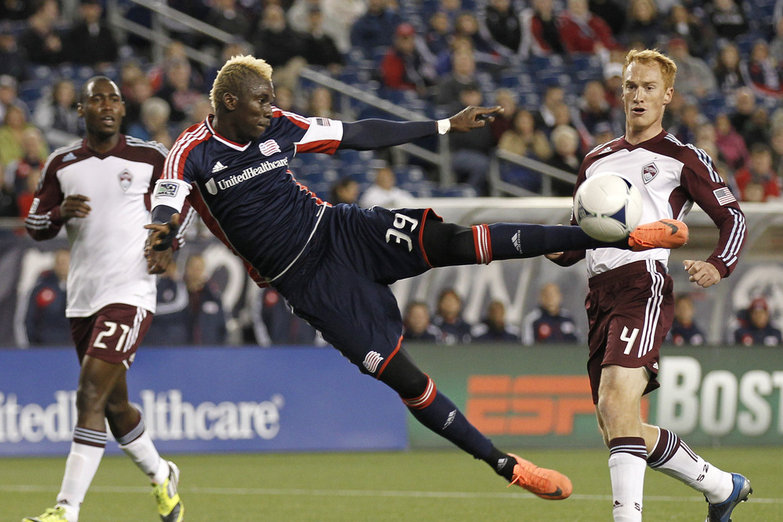 We caught up with UZ White from Burgundy Wave to talk about the Colorado Rapids ahead of this week's match.

Up top, Chad Barrett will probably reprise his starting role at striker, despite a subpar performance against Houston. With Imbongo unavailable, though, Barrett seems to be the best option. Jerry Bengtson is healthy, but I'm not clear on whether or not he was part of the travel party, although in the squad's current condition it would make little sense to leave him behind.

The other caveat this week is the return of Kevin Alston. He traveled with the team to Colorado and could take the place of Tierney if the latter doesn't feel up to a full 90. He may also make a cameo. I would expect to see him during at least one of the matches this week, but perhaps not tonight.

What lineup do you think the Revs should roll with tonight? Tell us in the comments!