Revolution vs. Dynamo 2013: Match Preview and Notes, Round Two

The Revolution are taking on Houston on Saturday night at Gillette Stadium.

Share All sharing options for: Revolution vs. Dynamo 2013: Match Preview and Notes, Round Two

The New England Revolution face the Houston Dynamo on Saturday night in an Eastern Conference clash between two clubs that are eyeing up the fifth and fourth playoff places like hungry dogs. The two clubs' last encounter was highlighted by a first-half kerfluffle that saw Dimitry Imbongo and Bobby Boswell get shown their marching orders.

New England retains a superior regular-season record over the Dynamo, but matches between the two clubs are often contentious and brutal. Though Houston has a reputation as a big, physical squad, they haven't demonstrated that same violent streak this season, keeping the fouls down and generally sticking to a somewhat more palatable brand of soccer. New England, meanwhile, has kept the style points up but compensated with the imposing strength of Jose Goncalves, Stephen McCarthy, and forwards like Imbongo and Chad Barrett. 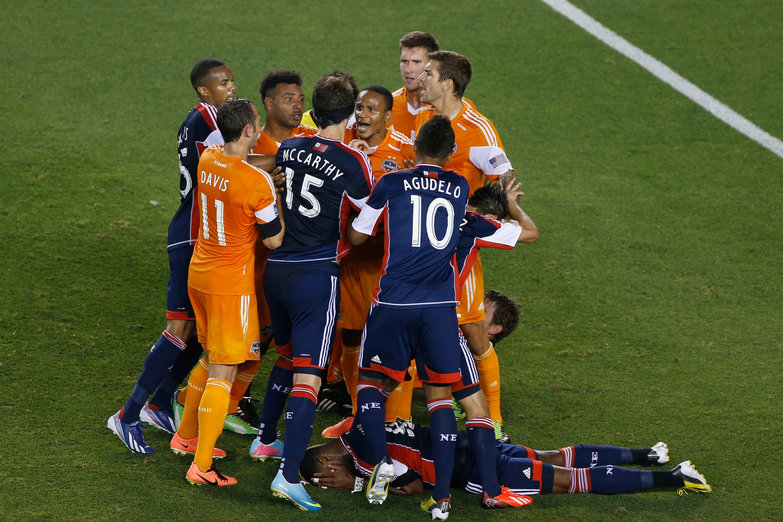 New England faces Houston at the weekend, and we caught up with Richard Willis of Dynamo Theory to learn more about the only orange club in MLS.