Scottish Premier League side Glasgow Celtic tried to secure a transfer for Agudelo while he was at Chivas USA over the winter. Could the Scottish Champions sign the current Revolution striker when his MLS contract expires in December?

While this is certainly not breaking news, it will be of interest for New England Revolution fans who have quickly become accustomed to seeing Agudelo on the field for the Revs.

According to the MLS Transfers twitter account, Celtic is still showing interest in the young American, who they failed to secure a transfer with MLS and Chivas USA during the last European transfer window.

Agudelo apparently impressed Celtic while on a training stint with the club last November during the MLS off-season. A transfer offer was not officially confirmed by MLS or Chivas USA but from this January 25, 2013 article by MLSSoccer.com's Matt Doyle, Celtic were "holding out hope" on completing the transfer. Chivas USA head coach Jose Luis "El Chelis" Sanchez did comment to Sky Sports that the offer was "not a serious one" and that the offer "was too low to raise [Chivas'] interest." 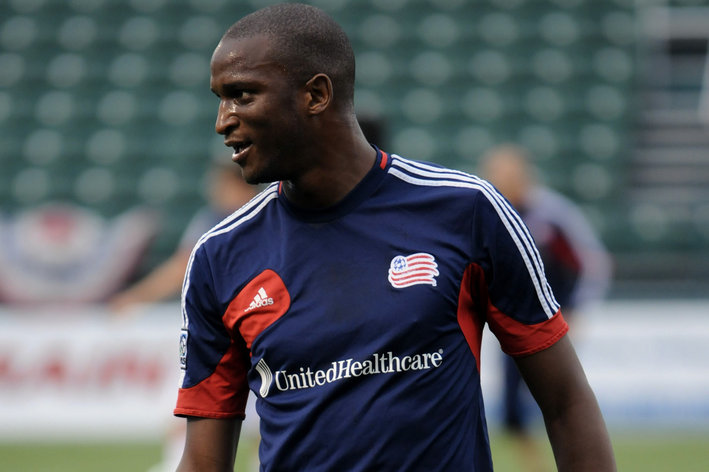 What does it mean for Revs fans? As of right now, aside from hearing about a contract extension with the Revs and MLS, there's not much anyone can do. If Agudelo is keen on moving to Europe when his contract expires that's his choice, and though I can make a decent argument that MLS is better than the SPL at this point, the chance at European soccer - especially the Champions League - is always going to be on the minds of players everywhere. Either way, the Revs will retain Agudelo's MLS rights if he moves overseas, paving the way for a future return to New England.

I think it would be best for Juan and the Revs to focus on the season at hand, finish the season/playoffs strong and worry about contracts later.

Unless Juan wants an extension. Then sign him for as long a contract as possible.